PUBG: Battlegrounds update 15.2 will roll out on January 12. 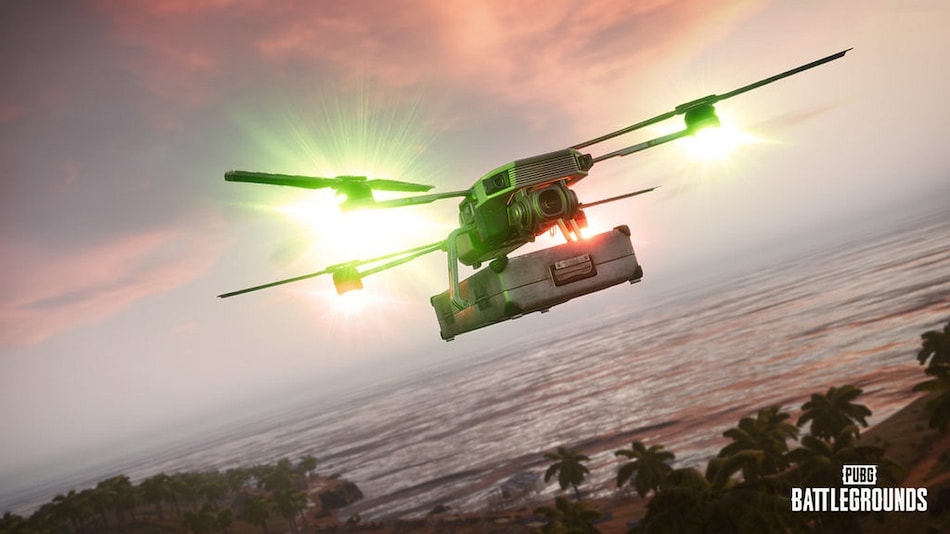 PUBG: Battlegrounds' drones will be able to pick up loot items

PUBG: Battlegrounds developer Krafton has announced its update 15.2, which brings drones to the popular battle royale game. The update has entered public test servers and will arrive on live servers next week. The new update adds a bunch of tactical gear in addition to drones and new tutorial modes. PUBG: Battlegrounds has also received some improvements for Win94 and VSS rifles. Krafton has also improved how the mini-map looks in the game, making it more detailed. Furthermore, the battle royale title also gets a new lobby theme.

Through a blog post, Krafton announced new tactical gear, game modes, and other improvements for PUBG: Battlegrounds which will be available through the 15.2 update. It will be available to players starting December 12, after it is uploaded to live public servers.

The new drones will allow players to scout a map and they can spawn in every map. Players will be able to access drones in normal matches, custom games, Training Mode, and Sandbox Mode. Drones also have the ability to pick up loot items and bring them back to the controlling player. Players can launch the drones by toggling on a Drone View. However, drones are not stealthy as they make noise while in flight and have a distinct blinking light.

Players will not be able to move around while they're in Drone View and once out of it, the drone will hover in its current position. Drones also have an operating radius of 300 metres around the controlling player. They can also sustain damage from gunfire, explosives, fire, water, exceeding operating radius, and vehicle collision.

Like drones, EMT Gear will also be available in every map and in normal matches, custom games, Training Mode, and Sandbox Mode. The gear will contain two stacks of bandages - 10 in total - but equipping it will reduce combat flexibility for the player. Using the EMT Gear will allow faster healing and faster revival for downed players.

In the basic training mode, players will go through five stages — Basic character movements, Looting and shooting guns, Looting and throwing throwables, Using healing items, and Reviving knocked down teammates. This is the first among the tutorials and is necessary for players to complete in order to reach the next stage — AI training match.

The AI training match has 99 bots and shows a mockup of how a match proceeds. Map is fixed on Erangel and only supports third-person perspective. Players have to complete certain lobby tutorial missions that include different achievements and can only be achieved once per account.

PUBG: Battlegrounds is getting improvements for its Win94 and VSS rifles as well. Both rifles can now be used without their scopes, making them more suitable for close-range combat. Win94 gets iron sight, while VSS gets canted sight. Furthermore, Krafton has improved the screen ping marker and it will not be available in Ranked and Esports modes.

Along with this, Krafton has also improved the graphics of the mini-map and has made it more detailed. The battle royale game will also receive a new lobby interface along with a new theme.