PUBG Mobile’s Royale Pass Season 14 subscription plans are only available for Android users as of now. 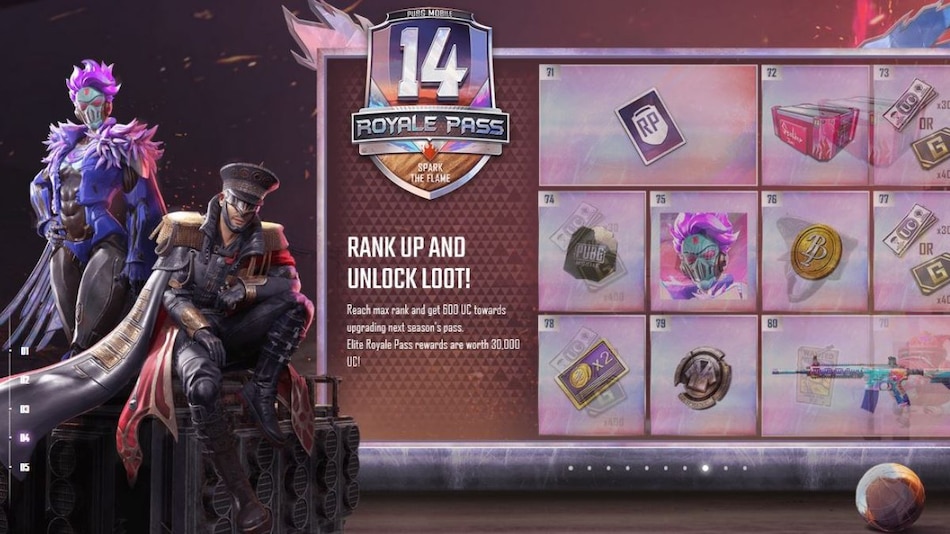 Teaming up with Google, PUBG Mobile allows its Android users to enrol in the Royale Pass Season 14: Spark the Flame through a new Royal Pass Prime subscription service. Promising exclusive benefits, the subscriptions are made available in two levels – Prime and Prime Plus. Players can choose to opt for a monthly, quarterly and yearly subscription plans.

As of now, the Royal Pass Prime subscription is only available for Android users. PUBG Mobile said in a press release that iOS gamers can look forward to an upcoming collaboration with Apple as well in the future.

Return of the Roaring Dragon

To mark the two-year anniversary of the game's Royal Pass, the 14th season brings back the Roaring Dragon sets along with several Dragon Hunter-themed rewards, which were earlier featured in the fifth season of the Royal Pass. The latest season also allows players to instantly check out consecutive purchase perks and preview other pass benefits on the dedicated Royal Pass Benefits Page. The game says that there will now be an improved chance to spot an announcement related to the Royal Pass, when a player returns to lobby after a match.

Last week, PUBG Mobile released its 0.19.0 update, which introduced the much-awaited Livik map to the game. With a size of 2km x 2km, the Nordic-style map brought along an exclusive new vehicle, the Monster Truck. It features matches that last nearly 15 minutes, with two exclusive weapons – the P90 SMG and the Mk 12 marksman rifle.

Ghost of Tsushima Review: A Kurosawa Samurai Movie You Can Play