Razer Viper V2 Pro is claimed to have a battery life of up to 80 hours. 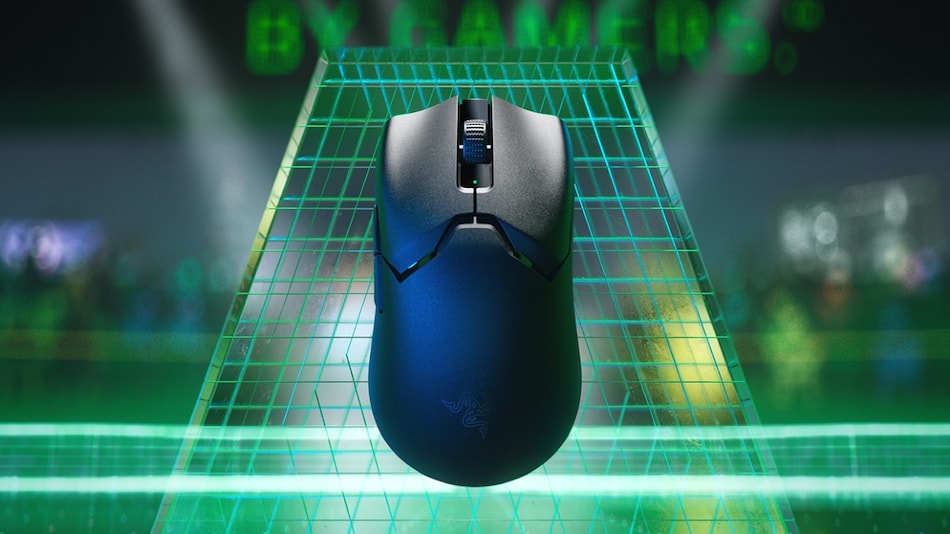 Razer Viper V2 Pro wireless gaming mouse was launched on Tuesday, and is specifically designed for e-sports players and competitive gaming enthusiasts. Weighing in at just 59 grams, it has an ultra-lightweight build claimed to be up to 20 percent lighter than its predecessor Razer Viper Ultimate. Its all-new Focus Pro 30K Optical Sensor offers players high accuracy and a wide array of customisation options. This gaming mouse is equipped with long-lasting Razer Optical Mouse Switches Gen-3 that are said to prevent accidental double clicks.

The Razer Viper V2 Pro is available to purchase on the official Razer website for $149.99. You can also buy it from authorised resellers. It comes in Black and White colours. Inside the box, you also get pre-cut grip tapes, USB Type-C Razer Speedflex charging cable, and a 2.4GHz HyperSpeed USB dongle.

A standout feature of the Razer Viper V2 Pro is its Focus Pro 30K Optical Sensor which has a sensitivity of 30,000 DPI. Intelligent technologies like Asymmetric Cut-Off, Smart Tracking, and Motion Sync enhance its performance. The company claims it to even work flawlessly on glass surfaces. This wireless gaming mouse is fitted with a rechargeable battery that can provide up to 80 hours of backup, as per the company.

There is a DPI control button on the bottom of the mouse that is capable of switching between five levels of sensitivity. The Razer Viper V2 Pro also features five programmable buttons. As previously mentioned, this gaming mouse is fitted with Razer Optical Mouse Switches Gen-3 which are claimed to have a lifecycle of up to 90 million clicks. Its onboard memory is programmed to automatically store your last used Razer Synapse profile.