How ClearTax Is Trying to Evolve Beyond Tax Returns 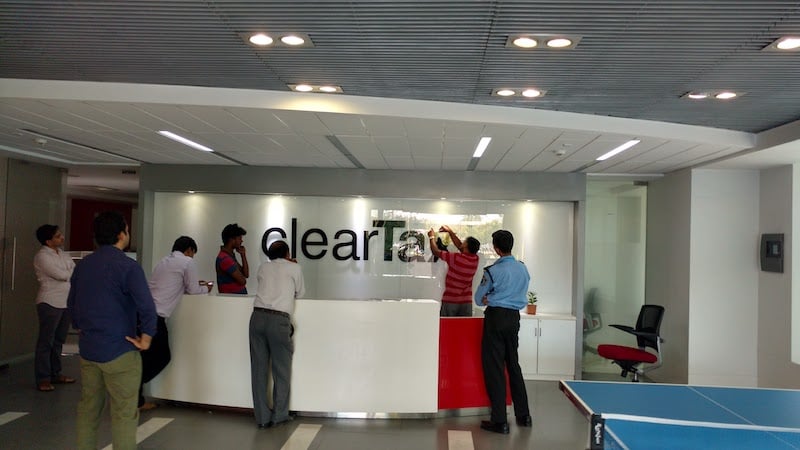 ClearTax has become a successful platform that helps people file their tax returns online, and over 15 lakh people filed their returns via its website last year. A Y Combinator alumnus, ClearTax has been in business for six years, and now it wants to go beyond filing tax returns, and grow into a portal that lets people manage their wealth.

It has already taken baby steps in this direction - ClearTax lets people invest in tax saving mutual funds and offers advice on how they can save taxes - but there’s a lot more to be done for its planned transformation. It also faces a challenge from the Indian government, which constantly keeps improving its online tools for filing tax returns. The government has already announced that salaried employees will soon only have to fill a single-page form to file tax returns, a big improvement from the multi-page forms seen in previous years.

Does this means that people may not even need to use ClearTax’s tools to file tax returns? ClearTax co-founder and CEO Archit Gupta doesn’t think so. “The fact that the government had a tool online gave us a lot of audience. People would look for a tool and they’d struggle with the government tool and come to ClearTax and would find it easy,” Gupta says. “I always feel that the government should continue building tools and educating the market.”

The government’s announcement of a single-page form for IT returns is also good news for ClearTax, Gupta says. “The funny thing is the government did a psychological trick if you will… and basically made the form visually compressed,” he says. “If you look at the form the font size is 9 points and it’s a dense form and they’ve not really decreased the information burden.” Gupta adds that the government’s intentions are good - they want to make this process simpler for people, and feels that people will continue to turn to portals such as ClearTax for the time being.

ClearTax has launched products such as one that helps startups set up their company and another that lets freelancers and small businesses file their returns quickly. However, salaried employees continue to be the bulk of the company’s customers. Srivatsan Chari, another of ClearTax’s co-founders, told Gadgets 360 that eight of 10 people who visit the company’s website are individuals who want to file returns. At the moment, it is hard to find products other than the ones dealing with tax returns on ClearTax’s website. “We’re still in the process of figuring out the best way to present all these products. If we put other features on the website, those who want a simple website for tax returns may get intimidated,” says Chari.

However, he adds that once they start filing returns and trying to save taxes, ClearTax offers an easy experience. “We’ll soon be launching SIPs (systematic investment plans) for tax savings,” he says. Currently ClearTax lets people invest a lump sum amount in mutual funds to save taxes, but not monthly investments. This is partly because the SIP process requires you to physically sign and courier an NACH mandate form and, according to ClearTax, that is a big drop-off point for users.

“We’re launching ISIPs (Internet-based SIPs) that let you start SIPs without worrying about paperwork. You just associate the URN in your net banking account with the mutual fund to activate an SIP,” Chari says. This feature was put in place by regulators late last year but not all mutual funds support it yet.

Gupta believes this is an important step for the company. ”Customers are constantly asking us: ‘How do I save more (on taxes)?’. That is now the new religion in the company,” Gupta says.

ClearTax is looking at adding equity mutual funds to its portfolio and to become a comprehensive wealth management hub. Gupta says the company started with tax savings and is now looking at helping people grow their wealth. “Customers are very willing to pay for services. We are thinking through models like we tell customers, you pay ClearTax an annual subscription fee of Rs. 500. We can give a customer an ROI of Rs. 5,000 if you give us this Rs 500. That’s 10x the ROI,” he says. Currently ClearTax lets salaried employees file tax returns for free and charges them only if they need assistance from a chartered accountant (CA).

“That’ll include tax savings and some expert consultation and a few more things. It also boils down to being less seasonal and having more interactions with customers,” Gupta says, talking about the company’s product being used a lot when the tax return deadline looms, and not at all after that. “If you are buying a movie ticket at BookMyShow you know that you are getting a movie ticket and then there’s a convenience fee. People are thinking right now: ‘Why should I buy a mutual fund?’.” He feels that currently most people are still in the educational phase with respect to mutual funds. “The customer and the audience is going to get more mature over the next 3-4 years. In 18-24 months ClearTax will move the direct commission free products. With that we can transition towards that membership club model,” Gupta says, signing off.

ClearTax CEO Archit Gupta spoke to Gadgets 360 about the company's journey so far and the road ahead on Orbital, which you can subscribe to via iTunes or RSS, or just hit the play button below.