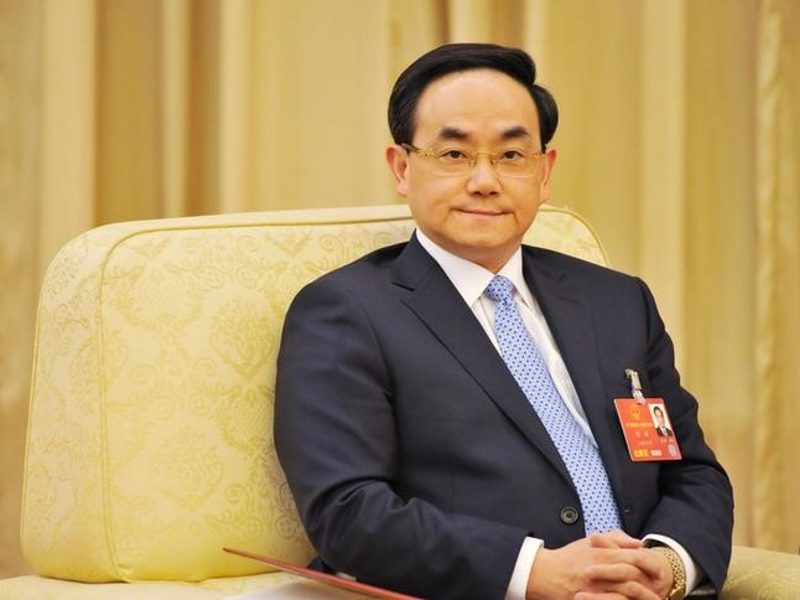 China has replaced its Internet regulator, Lu Wei, the hard-liner responsible for leading the government's efforts to tighten control over domestic cyberspace and export the ruling Communist Party's philosophy of web control.

Lu wielded expansive powers as head of the Central Leading Group for Cyberspace Affairs since 2014, dictating what 700 million Chinese Internet users may view online and acting as gatekeeper for technology companies wishing to do business in China.

The departure of Lu, one of the Communist Party's rising stars and an ambitious ally of President Xi Jinping, had been rumored for months and is not expected to alter the broad direction of China's Internet policy. Xinhua did not mention a new post for Lu, who will keep his concurrent position as deputy head of the party's propaganda department. He could be in line to lead the department or take over a provincial post, according to political analysts and speculation in Chinese media.

But the reshuffle likely means a new face will greet foreign executives like Apple's Tim Cook and Microsoft's Satya Nadella who have been dealing with thorny cyber-security and trade issues on their visits to Beijing.

Although the outspoken and gregarious Lu has visited tech companies in the US, where he has been pictured joking with the likes of Facebook's Mark Zuckerberg, he has also taken a hard line in demanding tough security checks on imported foreign tech products and keeping out social networks like Facebook in the name of preserving social stability.

Under Lu's watch, China has been codifying a series of cybersecurity and national security laws that gives the government greater legal powers to control online content and speech.

With his success taming China's Internet, Lu has gone overseas to preach China's vision of "Internet sovereignty," a world order in which every government could dictate limits to its cyberspace and how its citizens access the web. Last week he delivered a speech on the subject in Moscow, where he told an audience that "freedom is not a right, but a responsibility" and warned that unlimited freedom could spawn terrorism.

Rogier Creemers, a China scholar at the University of Oxford, said Lu was likely being primed to take over a high-level provincial post or the propaganda department itself, the kind of positions that are springboards to the Politburo, China's elite policymaking body.

It remains unclear how Xu's ascent will affect China's posture toward U.S. tech companies, a thorn in bilateral relations. But one former U.S. technology executive based in Beijing who met frequently with Chinese officials said Western companies are largely unfamiliar with Xu and would need to rebuild relationships as they had with Lu.

Still, observers believe that the general direction of Chinese technology policy will not change under the Xi administration, particularly given the close ties between the president and Xu, who served under him a decade ago in the Shanghai government.

In recent years China has pushed cybersecurity regulations aimed at limiting technology imported from the West, which Beijing officials say is necessary given Edward Snowden's allegations of U.S. spying via "backdoors" inserted in exported U.S.-made hardware.

James Zimmerman, chairman of the American Chamber of Commerce in China, urged Beijing on Wednesday to rethink its Internet controls.

"One unfortunate consequence of over-broad Internet policies is to potentially isolate China technologically from the rest of the world, and the result of that may be to limit the country's access to cutting-edge technology and global ideas," he said.