Google has compiled 24 million satellite photos from the past 37 years into an interactive, explorable 4D experience. 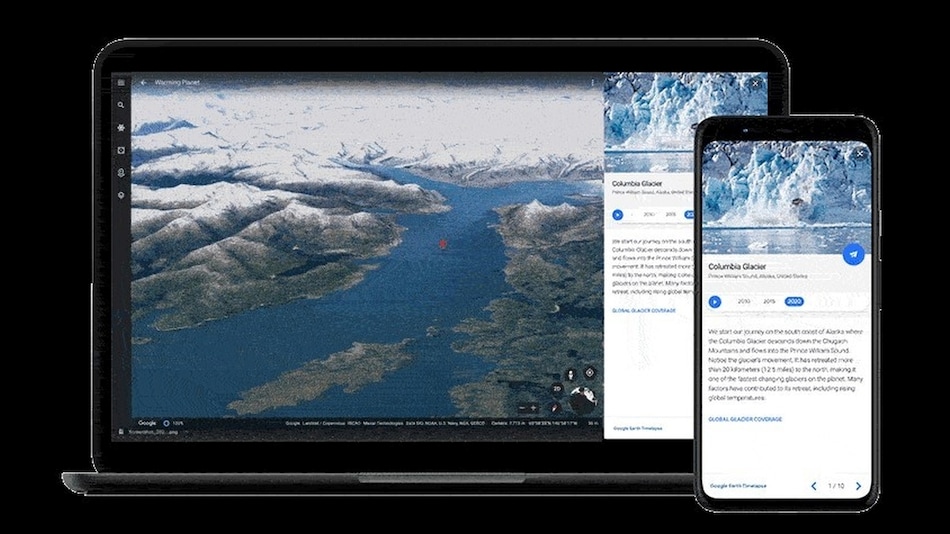 Google CEO Sundar Pichai has announced a new ''Timelapse'' feature for Google Earth in its biggest update since 2017, which will make anyone watch time unfold and witness nearly four decades of planetary change. For this Google has compiled 24 million satellite photos from the past 37 years into an interactive, explorable 4D experience.

“Our planet has seen rapid environmental change in the past half-century -- more than any other point in human history. The new Timelapse feature in Google Earth compiles 24 million satellite photos from the past 37 years into an interactive 4D experience,” Pichai said on Thursday.

“For the first time, we'll put a vivid depiction of our rapidly changing planet into the hands of everyone, everywhere,” Rebecca Moore director of Google Earth, Earth Engine, and outreach told reporters during a news conference.

Now in the biggest update to Google Earth, since 2017, people will be able to see our planet in an entirely new dimension, she said.

“Timelapse in Google Earth is really a big leap forward. Because now our one static snapshot of the planet has become dynamic providing ongoing visual evidence of Earth's changes from the climate and human behaviour occurring across space and time over four decades,” Moore said.

Timelapse, she said, was made possible because of the US government and European Union commitments to open and accessible data. These images were provided by NASA, US Geological Survey, European Commission, and the European Space Agency, she said.

Responding to a question, Moore said that Google is open to exploring similar collaboration with ISRO.
“For the past 15 years, billions of people have turned to Google Earth to explore our planet from endless vantage points. We like to say if Google maps is about finding your way, Google Earth has been about getting lost and we've focused on creating the most realistic digital representation of the planet that's ever been put into the hands of the public with features that entertain people and enlighten people,” she said.

“As far as we know timelapse and Google Earth is the biggest video on the planet of our planet ever created,” she said.

“As you fly through Google Earth, the landscape underneath you is effortlessly animating over these four decades. And now billions of people around the world can experience this from their web browser or even their phones,” she said.

Karen St Germain, NASA''s Earth Science Director said that the NASA Google partnership is part of a major effort at NASA to explore connections with the commercial sector and nonprofit organisations to achieve through collaboration more than either of them could accomplish on their own.

Tools like Google Timelapse in 3d, use observations over time to visualise clearly for people how the planet is changing.

“This partnership with Google also enhances NASA''s open science initiative to create a collaborative, diverse culture that advances our science by freely sharing data with the scientific community and the public,” she said.

“Together. We can amplify our efforts to understand Earth as a system and to protect and improve life here on our home planet,” she added.

Dave Applegate from the US Geological Survey said that the 3D Timelapse content is derived in large part from five decades of the US Government's investment in Landsat observations and data distribution.

Companies such as Google, he said, are unlocking this long time series of data to create innovative new products and services.

Matthias Petsche, who is director of space at the European Commission in Brussels said the European digital agenda recognises the importance of Earth observation data in fuel fuelling data-driven policies.

“It designates our Earth observation data as high-value datasets that should be open and properly accessible to policymakers and commercial solution providers alike, enabling access to Earth's data for all citizens,” he said, adding that the European Union commits to remain a global data provider for at least the next decades.