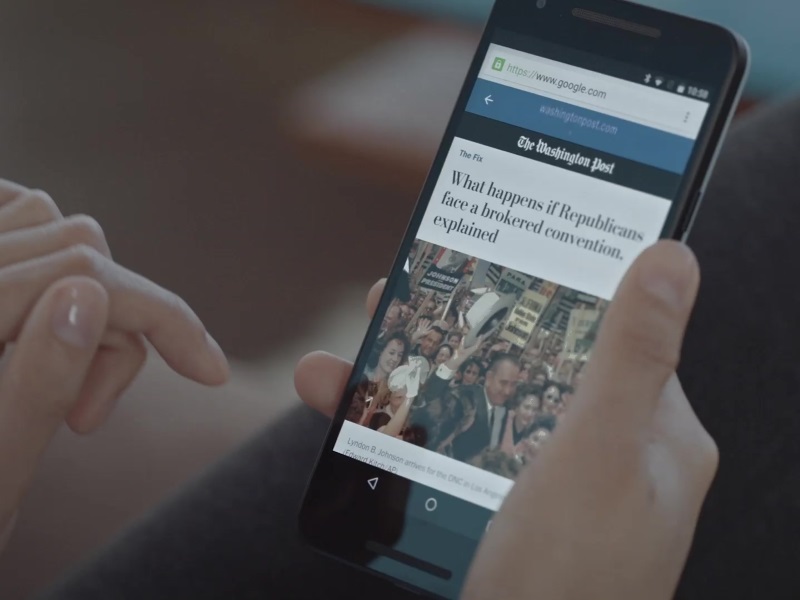 Google on Wednesday began delivering "blazingly fast" articles to smartphones and tablets in a stepped-up challenge to Facebook to be the leading mobile news hub.

Challenging Facebook with its Instant Articles and the Apple News application,Google  is using its massive computing power to enable mobile device users to load articles quickly, without the delay on many websites.

AMP was said to load mobile Web pages an average of four times faster than the current norm, and use 10 times less data.

"We want the mobile Web to live up to its potential to make it great for everyone, so they can quickly and easily get to the high-quality journalism you are producing," Google chief executive Sundar Pichai said in a speech in Paris announcing the launch.

"This is a priority project for Google and for me."

AMP lets websites build light-weight versions of pages that can load "instantaneously" on mobile devices, according to Pichai. He cited research indicating that people typically abandoned mobile Web pages if they take more than a few seconds to appear.

"Now when you search for a story or topic on Google from a mobile device, webpages created using AMP will appear when relevant in the top stories section of the search results page," Google said in a blog post.

"Any story you choose to read will load blazingly fast and it's easy to scroll through the article without it taking forever to load or jumping all around as you read."

The technology launched with hundreds of partners, including Les Echos, TF1, Ouest France, and Vingt Minutes in France, Pichai said.

Other partners previously signed up include the New York Times, Washington Post, BuzzFeed, the Guardian and Wall Street Journal.

Facebook in December said that it had signed up 350 global media partners for its service tailored for Apple and Android devices.

The service allows users to quickly view news articles which are hosted on the fast network of the world's biggest social network.

Facebook says the articles are loaded for viewing 10 times faster than on standard connections.

Apple also has moved to become a hub for news with its Apple News application launched last year.

The projects have attracted many news organizations eager to get more readers through the news hubs as well as advertising revenues.

Pichai said that "cares deeply about journalism yes, because of the crucial role it plays in democratic society, ensuring the spread of knowledge and the free flow of information."

The technology "lets Google intercept bad traffic before it reaches your server, providing a 'shield' against would-be attackers," according to the Internet giant.

"I am happy to announce today that we will be offering Project Shield to all the world's independent news organizations. For free," Pichai said.

"We hope that in the future even the smallest news organizations will be able to report the news without the fear of being taken down by digital attacks."