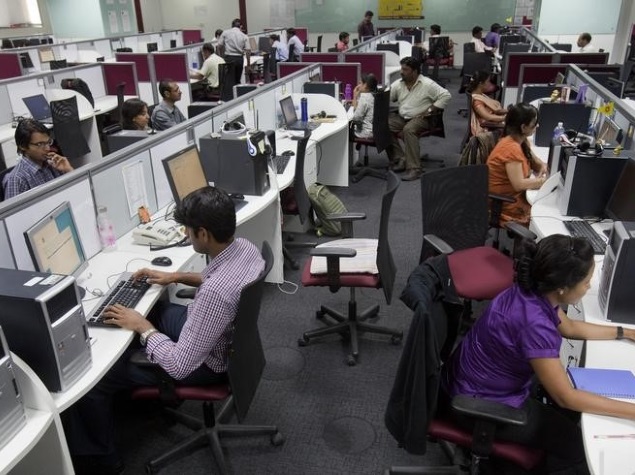 A key part of the Digital India initiative of Prime Minister Narendra Modi, the free government scheme that provides a virtual vault in cyberspace for the safe-keep of documents like birth certificates and property papers has attracted 830,075 people.

As easy as opening an email account, the free Digital Locker facility on a cloud, or cyberspace, allows any individual with an Adhaar card and a linked mobile phone to sign up. It's a personal storage space to securely store e-documents and links of such official certificates.

"One of the aims of Digital India is that a person should have private space on a public cloud. It is one of the desirable deliverables of this initiative," Ram Sewak Sharma, secretary in the Department of Information Technology, told IANS in an interview.

"A Digital Locker account is a convenient way of storing certificates in a digitised format. A person can then conveniently see his/her certificates online. Various agencies will also be able to push documents into the locker. These can also be shared electronically," Sharma said.

(Also see:  Inside India's Digital Locker: What Is DIGILocker and How Does It Work?)

A "cloud" in computer jargon can be described as a network of servers that is hosted on the Internet rather than on the local server of individuals or organisations, allowing a much larger space to store data, and higher speeds to manage and process the same, in a cost-effective manner.

Each Aadhaar-linked digital locker, which is hosted on such a cloud by the Indian government , comes with 1GB of free memory space. The locker has five components: "My Certificates", "My Profile", "My Issuer", "My Requester" and "Directories".

"A person has a number of certificates issued to him - for education, birth, property. When they are digitally stored, it decreases administrative overheads of the government. There will also be less fraud. Whatever you submit, you will be held responsible," Sharma said.

"If a document is found to be forged you cannot deny it," added Sharma.

"From a citizen's perspective, it reduces the hassle of carrying physical documents. Suppose I have a digital locker and there is an agency which has issued a certificate in my name. There is a provision to push that certificate into the digital locker of the individual."

Giving an example, the top official said: "If a Class XII certificate is issued to a person with a Digital Locker it will have a link. This link can be shared. So wherever this certificate is submitted, it can be verified. One knows it is genuine. For the government, it is a great advantage. Since Aadhaar is unambiguous, the first stage of a person's authentication is already done."

This kind of infrastructure was unique to India and the government wanted to leverage that, said Sharma, adding that the potential could be gauged by the fact that more than 850 million unique identification numbers (Aadhaar) had thus far been issued to people.

"Even the American social security number does not have a biometric database," he said. "Using the biometric authentication process, one can also link a mobile number to his/her identity. So my mobile number effectively becomes my digital identity."

Sharma said to cater to the large unlettered population of India, the government has also put an assisted mechanism in place to help open Digital Lockers. "One common service centre in each Panchayat of the country will be offering all kinds of digital services."

He explained that through these centres, one can do banking, get birth certificates and ration cards. "We have got 100,000 common service centres in the country which can basically provide assistance," said Sharma.

"This is the social inclusion aspect of a Digital Locker."

Highlights of the scheme: