Letv Re-Branded to LeEco Ahead of Its Global Expansion 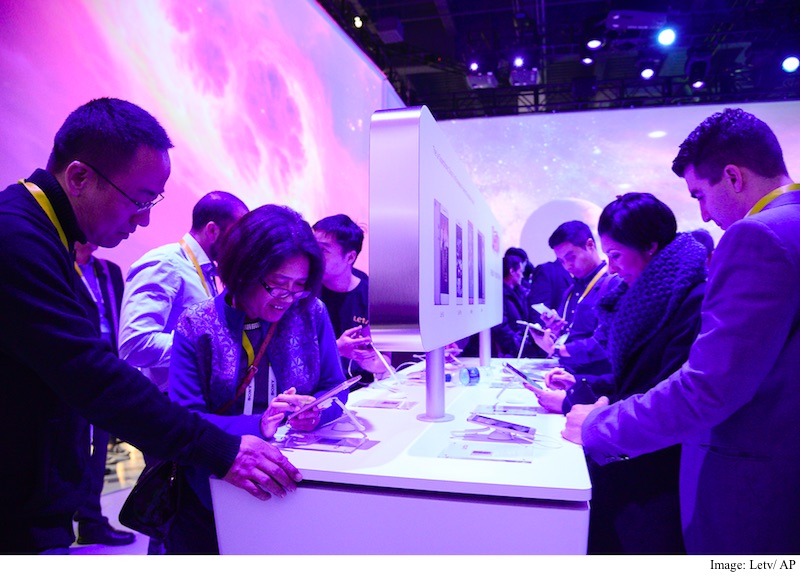 Chinese Internet conglomerate Letv has announced that it is re-branding the company name to LeEco (lengthened to Le Ecosystem). The move comes as the company grows increasingly focused towards entering different global markets.

As part of the re-branding, the company also unveiled a new logo. LeEco is also removing the word "TV" from all its sub-ecosystem logos. There's no reshuffling underway at the company aside from the brand name change, a LeEco spokesperson told Gadgets 360.

Founded in 2004, LeEco has become a major name in many technology-centric markets. LeEco offers live-streaming, e-commerce, cloud, smartphones, TV set-top boxes, and smart TVs among many other products and services.

LeEco comprises of a number of subsidiaries including Le Vision Pictures, Wangjiu.com, Letv Investment Management, and Le Mobile. The company has a market capitalisation of around $12 billion (roughly Rs. 80,162 crores).

"Letv is where we started, but LeEco is our future," wrote Ablikim Ablimit, Le Holdings' Vice President of Strategy in a press statement. "We will create a more beautiful eco world with new value for our users. And our brand-new logo will bring users into this exciting world."

In 2014, the company announced that it will soon move its products and services beyond Chinese boundary and enter the United States and India. Last year, several of LeEco products including a VR headset, two smart TVs, and a media streaming device got the FCC approval. LeEco will enter India on January 20 with the launch of Le Max and Le 1s, the company announced earlier this month. 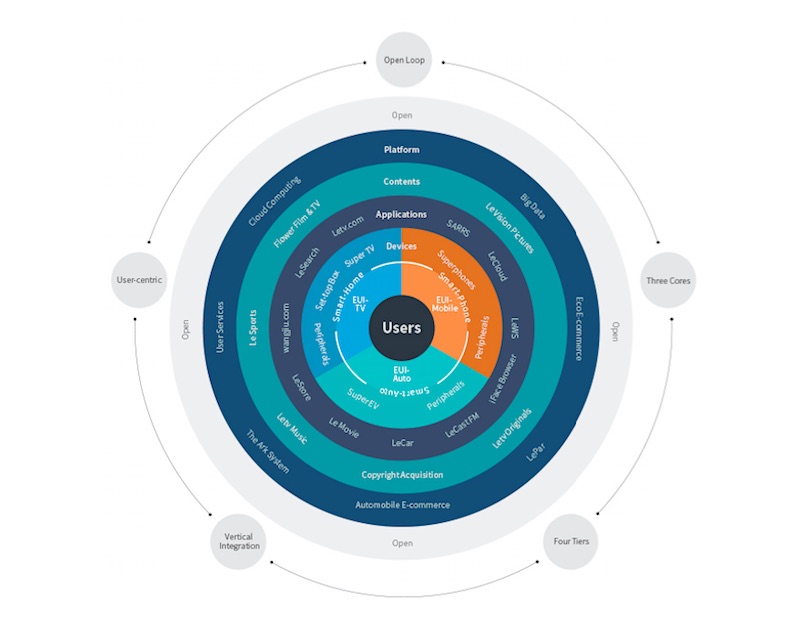 To understand LeEco's presence in China, the company launched its Internet video streaming service three years before Netflix even existed. It has also been making its own original movies and TV series before Netflix made House of Cards.

The company recently took the world by storm when it unveiled the Le Max Pro at the CES 2016 trade show event. The Le Max Pro is the first handset to feature Qualcomm's Snapdragon 820 processor.

As for the changes in the logo, here's how the company has described it. "The new logo consists of the letters "L" and "E", conveying the quintessence of the Le Eco world with its simple and elegant design. The four strokes which comprise "LE" each represent one of the four tiers of the Le Ecosystem - Platform, Content, Device and Application." it wrote in a press statement.

"The dot formed by the overlapping of two strokes symbolizes the pivot of the entire ecosystem: EUI and Le Fans. The connection and interaction between the letters "L" and "E" expresses the LeEco spirit of constant disruption, breaking boundaries and eco synergy. The three colours of blue, red. and green plus the all-inclusive colour of grey represent the integration of technology, culture, and the Internet within the Le Ecosystem."