Akamai has confirmed that it is experiencing an outage. 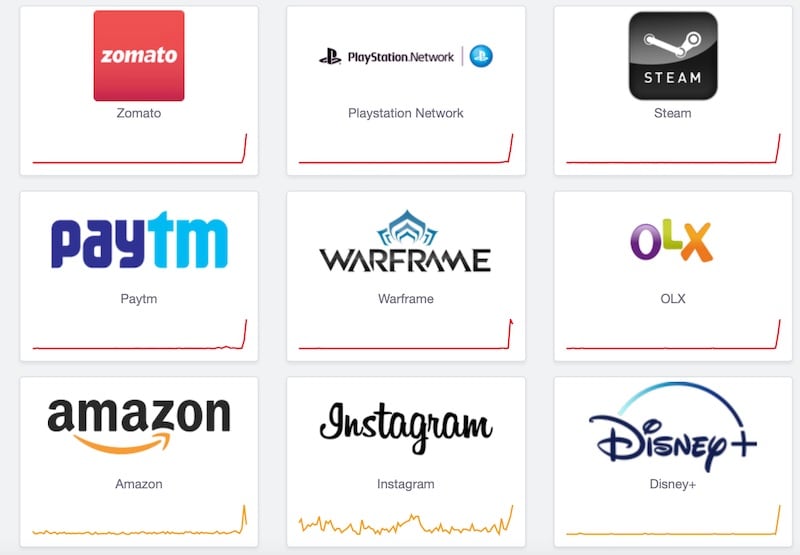 Akamai has confirmed that it is experiencing an outage

Huge parts of the Internet including Zomato, Paytm, Disney+ Hostar, Sony LIV, Paytm, PlayStation Network (PSN), and Steam were down for many users around the world. About an hour after the outages started being reported, Internet infrastructure provider Akamai confirmed that it is facing an outage. According to Internet outage tracker DownDetector, the outage seems to have started at around 8.55pm on Thursday evening. [Update: By around 10.20pm, Akamai was able to implement a fix bringing back normal operations]. Within five minutes, the number of reports from people unable to access Zomato alone stood at around 3,000. There were similar scenes playing out with a number of other services too.

Akamai is experiencing a service disruption. We are actively investigating the issue and will provide an update in 30 minutes.

Some NDTV sites were also affected in this outage, and Akamai has promised an update within 30 minutes. You can see the status on Akamai's website. According to DownDetector, some of the affected sites include (but are not limited to) popular gaming services Steam and PSN, streaming services like Disney+ Hotstar, Zee5 and SonyLIV, and e-commerce platforms like Zomato, Amazon, and Paytm were also all affected.

[Update: By around 10.20pm, a little over an hour after the outage started, it appears that most sites are back online. Akamai also posted that it has implemented a fix, which has brought back normal operations. At this point, it has not shared details on what caused the outage.]

Update: Some Paytm services are affected due to global outage at Akamai.

We are actively working towards a resolution.

Our app is down, due to a widespread Akamai outage. Our teams are working to ensure all orders placed are delivered in time. https://t.co/4btwIvjTZn

The scale of this outage is also an indicator of just how huge a part of the overall Internet infrastructure Akamai represents at this point. Major Internet outages of this type seem to be occurring frequently — last month on June 8 a huge chunk of the Internet was inaccessible with popular sites like Reddit, Twitch, and Amazon all affected.

The June 2021 outage was caused by an issue with the Fastly CDN, whose clients included not just popular websites like the ones mentioned, but related infrastructure in turn, leading to a series of failures around the Web. Fastly later explained that the outage was caused when one of its customers changed settings, leading to the global outage.

Earlier this month, a major outage at Amazon impacted users around the world – not just for the Amazon e-commerce platform, but also for a huge number of sites and applications making use of its AWS platform. Before that, in August, there was a huge outage incident involving Google which also made a huge impact. In the August 2020 outage, Gmail, Google Docs, Google Drive, and other Google services all faced disruptions for several hours.