Ștefania Mărăcineanu never received global recognition for her contribution to the discovery of artificial radioactivity. 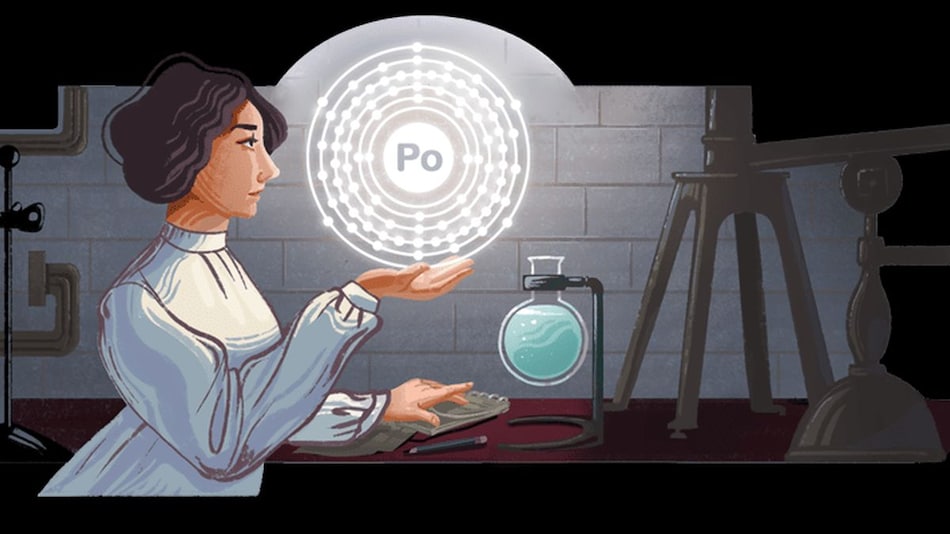 Ștefania Mărăcineanu, a Romanian physicist, has been honoured on her 140th birthday with a Google doodle. Ștefania was born in 1882 in Bucharest, Romania, and went on to become one of the pioneers in the discovery and research of radioactivity. Mărăcineanu's PhD thesis was on polonium, an element that physicist Marie Curie discovered. During her career, she engaged in several interesting researches including studying artificial rain, and also the link between earthquakes and rainfall. She never received global recognition for her contribution to the discovery of artificial radioactivity.

The Google doodle dedicated to Ștefania Mărăcineanu is a digital painting that features the physicist working with polonium her lab. Once you click through, it directs you to search results for Ștefania Mărăcineanu. The Google logo is also modified on the search results page, showing the physicist's face in place of the second 'o'. The doodle is visible in only a limited number of countries, specifically, Greece, India, Romania, Sweden, and the United Kingdom.

As described by Google on its doodle blog post, after graduating with a physical and chemical science degree in 1910, Mărăcineanu began her career as a teacher at the Central School for Girls in Bucharest. It was during this time that Mărăcineanu earned a scholarship from the Romanian Ministry of Science and went on to pursue graduate research at the Radium Institute in Paris — a worldwide centre for the study of radioactivity under the direction of renowned physicist Marie Curie. To recall, Mărăcineanu started working on her PhD thesis on polonium, an element that Curie discovered.

Mărăcineanu's research led to what is most likely the first example of artificial radioactivity. She worked at the Astronomical Observatory in Meudon for four years before returning to Romania to found her homeland's first laboratory for the study of Radioactivity. As mentioned earlier, Mărăcineanu researched topics including artificial rain and the link between earthquakes and rainfall during her career.

In 1935, when Irene Curie (Marie Curie's daughter) and her husband received a joint Nobel prize for their discovery of artificial radioactivity, Mărăcineanu had asked that her contribution the discovery also be recognised. However she never received global recognition to her major contribution to artificial radioactivity. In 1936, the Academy of Sciences of Romania elected Mărăcineanu to serve as a Director of research. She breathed last in 1944 in Bucharest, Romania.