Rosa Bonheur’s successful career inspired a future generation of women in the arts. 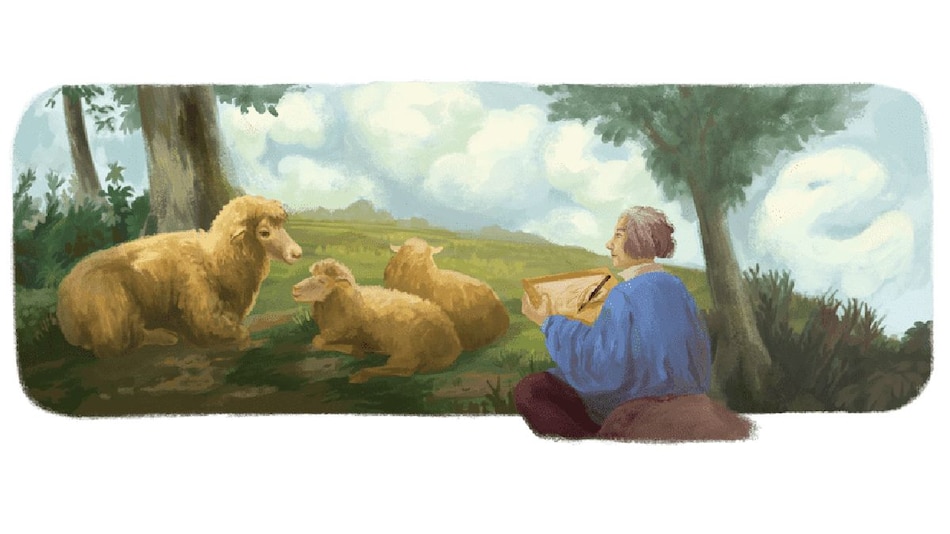 Rosa Bonheur, a French painter and sculptor, has been honoured with a Google doodle on her 200th birthday. Bonheur was born on this day in 1822 in Bordeaux, France. Her aspirations for a career in the arts were unconventional for women of the time. Many of her works exhibited at the prestigious Paris Salon from 1841 to 1853. Bonheur's most famous work ‘The Horse Fair' remains on exhibit in New York's Metropolitan Museum of Art. Bonheur was widely considered to be the most famous female painter of the nineteenth century and her successful career inspired a future generation of women in the arts.

The Google doodle dedicated to Rosa Bonheur is a digital painting that features the artist sketching sheep in the countryside. Once you click through, it directs you to search results for Rosa Bonheur. The Google logo is also modified on the search results page, showing the painter's face in place of the second 'o'. The doodle is visible in only a limited number of countries, specifically, India, France, the US, Iceland, and Ireland.

As described by Google on its doodle blog post, Rosa Bonheur's early artistic education was facilitated by her father who was a minor landscape painter. Bonheur's interest to build a career in arts was unconventional in the early 19th century society. Still, Bonheur persisted in her desire and closely followed the development of artistic traditions through years of careful study and preparing sketches before immortalising them on canvas. Women were often only reluctantly educated as artists in Bonheur's day, and by becoming such a successful artist she helped to open doors for the women artists that followed her.

Rosa Bonheur's reputation as an animal painter and sculptor grew into the 1840s. Scholars believe that it was an 1849 exhibition of Plowing in Nivernais, a government commission that is now housed in France's Musée Nationale du Château de Fontainebleau, that established her as a professional artist. In 1853, Bonheur garnered international acclaim with her painting ‘The Horse Fair', which depicted the horse market held in Paris. As mentioned earlier, this painting now remains on exhibit in New York's Metropolitan Museum of Art.

To honour this celebrated painting, the French Empress Eugénie had awarded Rosa Bonheur the Legion of Honor—one of the nation's most prestigious awards, in 1865.