The sub-population of polar bears appears to have adapted to climate change, hunting for seals in fjords and relying on ice melanges. 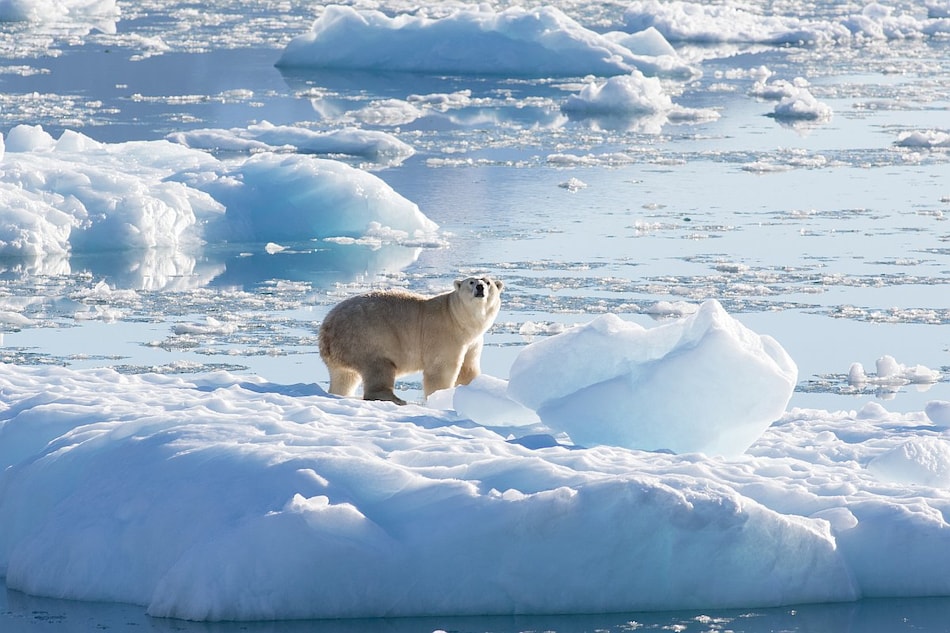 A team of scientists have discovered a unique group of polar bears with distinct behaviour in southeast Greenland. The group has remained isolated for hundreds of years and is genetically different from other polar bears, according to the researchers. Polar bears in the Arctic region depend on sea ice which they use as a platform to hunt seals. But, with increasing temperatures due to climate change, this ice is melting away, shrinking the hunting ground for the bears.

However, in a new study published in the journal Science, researchers have found a distinct group of polar bears that don't rely on sea ice. Instead, this sub-population of polar bears appears to have adapted to climate change, hunting for seals in fjords and relying on ice melanges.

Scientists from the University of Washington, the National Snow and Ice Data Center (NSIDC) and others have tracked polar bears in the southeast region for seven years. They combined the new data with genetic analysis and also included decades of historical data from the whole east coast of Greenland. The scientists also monitored the fjords and offshore sea ice environment through the Moderate Resolution Imaging Spectroradiometer (MODIS) aboard NASA's Terra and Aqua satellites and NSIDC data.

The scientists observed that polar bears in the Southeast Greenland don't have access to sea ice for two-thirds of the year. These bears, however, still hunt and survive by making use of freshwater ice slabs that keep breaking off from the coastal glaciers and ice sheets in Greenland.

In addition, these polar bears also move between fjords in search of food by trekking over mountains and crossing inland ice.

“We knew there were some bears in the area from historical records and Indigenous knowledge,” said Kristin Laidre, a polar scientist at the University of Washington and co-author of the study. According to the researchers, this group of polar bears have been isolated from their arctic counterparts for hundreds of years. As the temperatures rose and ice melted away, the species adopted strategies and has managed to survive.