The Amazon Appstore Preview includes over 1,000 Android apps and games. 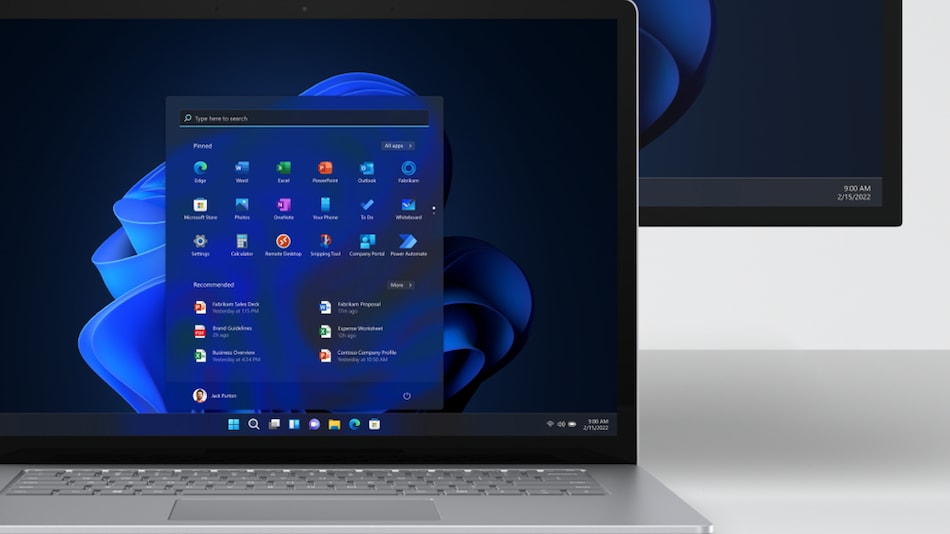 Time and date are available on multiple monitors in Windows 11

Windows 11, the latest operating system by Microsoft, is getting support for more Android apps. The Redmond-headquartered company has joined hands with Amazon to integrate Amazon Appstore within Microsoft Store to enable downloading of more than 1,000 Android apps and games on Windows 11 PCs. The public preview of Android apps and games like Audible and Kindle will be available in Windows 11 starting Tuesday in the US. The latest Windows 11 update also comes with improvements in the taskbar. Devices running on Windows 11 will now show the clock and date on the taskbar on other monitors that are connected to the computer. Additionally, Microsoft has redesigned the Notepad and Media Player apps.

Microsoft on Tuesday announced the release of Amazon Appstore Preview in the Microsoft Store via a blog post. As mentioned, the preview giving users access to just over 1,000 apps is now available in the US. Apps mentioned in the blog post include Audible, Kindle, Subway Surfers, Lords Mobile, and Khan Academy Kids. Microsoft has partnered with Intel to use the Intel Bridge technology for offering a new category of mobile apps and games on Windows PCs.

Windows 11 PCs are required to sport at least 8GB of RAM and a solid-state drive (SSD) to use mobile apps via the Amazon Appstore Preview. The minimum processor specifications mentioned are — Intel Core i3 8th Gen, AMD Ryzen 3000, and Qualcomm Snapdragon 8c or above.

Users can check out the Windows 11 Amazon Appstore Preview by following these steps:

Along with the Amazon Appstore Preview, Microsoft is adding improvements to the taskbar. The company has modified multi-monitor functionality in Windows 11 by adding the date and time to the taskbar on other monitors. Similarly, the taskbar will show live weather content in the left-hand corner. With the latest update, Microsoft Teams customers with work or school accounts can mute/unmute and share any window directly from the taskbar. These features will initially be available in the February 2022 non-security preview release.

Additionally, users will get redesigned versions of Media Player and Notepad. The Media Player allows quick browsing with new keyboard shortcuts and access keys for users. The new Media Player app is designed to replace Groove Music. Library and playlists of users in Groove Music will migrate automatically to the new platform. Notepad app is also getting a redesigned user interface, and support for dark mode. Users can also select new features including multi-level undo, colorful emojis, and a new find-and-replace experience.