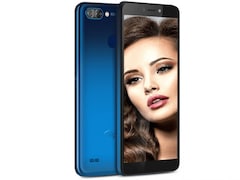 Itel A46 is based on Android 9 Pie and packs 16GB of inbuilt storage that can be expanded via microSD card (up to 128GB) with a dedicated slot. It was launched in Fiery Red, Gradient Red, and Grey colours.

The Itel A46 supports face unlock with 3D face recognition.

Itel A46 Price in India

Itel A46 User Review and Ratings