Teach Your Kids Programming With These 5 Languages 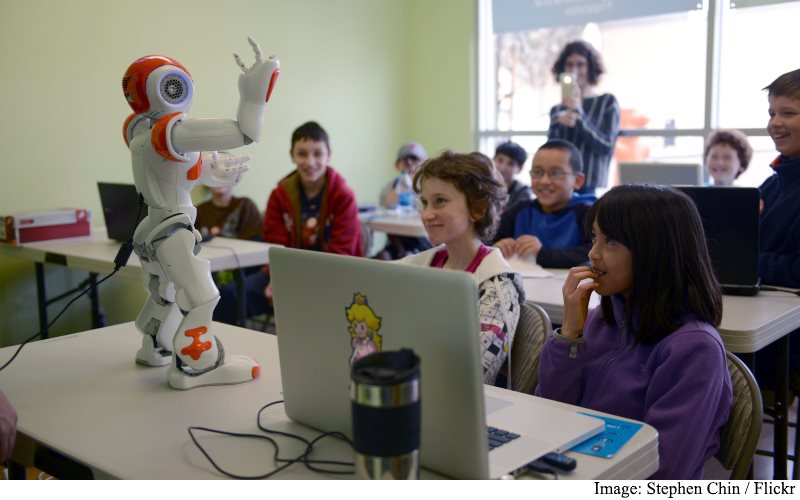 Summer is upon us, which means the vacations; and your kids are looking at a good stretch of free time. If you're looking for a summer project for your kids, why not teach them how to code? It's something that anyone would benefit from, and could lead to projects such as creating your own mobile apps or interactive stories.

There are a lot of programming languages to choose from, but not all of them are updated on a routine basis. To narrow it down to five languages that provide an option for children on different stages - be it beginner or advanced - we looked at different resources such as Science Buddies, Kids Codecs and Wikipedia. Once we had a shortlist of different picks, we tried to narrow the list down to the ones that are are the most up to date, unique, and free. Some popular picks that didn't make the cut either due to being similar, outdated or being paid include Greenfoot, RoboMind and Gamestar Mechanic.

Without further ado, here are five options you should consider:

Scratch
What's it about? Developed by the folks over at MIT Media Lab, Scratch is a completely free visual programming that helps kids aged 8 and above to create interactive stories, video games, animations, music and art. It uses a simple yet powerful building-block approach to development which puts the focus on solving problems rather than on the syntax itself.

Why Scratch? For one, it works on any computer since it's online. And it's available in more than 40 languages. Also, since the software is flexible enough to design simple animation, it should appeal to visual storytellers too, who aren't really interested in programming per se.

Do I need prior experience? Not at all. Scratch is meant to introduce kids to the world of programming, but at the same time, it does have complexity and features for the more experienced ones as well. See it this way - as you get better, it keeps up with you.

What if it isn't enough? Try Blockly, which is similar, or move on higher to Etoys.

Looking Glass
What's it about? Looking Glass is the successor to Storytelling Alice, which is a variant of another programming language called Alice. Built for ages 10 and up, Looking Glass is designed to help users created 3D animated stories, simple games or even "virtual pets", by way of a drag and drop programming interface.

Why Looking Glass? Owing to its narrative-drive approach, it's the perfect way to pick up key programming skills such as parallel actions, iterations, conditionals, and object-oriented code. Also, it's open source and available for Windows, OS X and Linux.

Do I need prior experience? Nope, Looking Glass is for beginners and beyond. It also serves as a great way to pick up skills before moving on to the more advanced language in Alice.

What if it isn't enough? Try Alice.

Kodu Game Lab
What's it about? Created by Microsoft's Fuse Labs, Kodu Game Lab has a simply motto: "Build Games. Play Games. Share Games." So that naturally tells you what it's for, and it's been actively updated since release in 2009 to support just that. Microsoft says it teaches creativity, problem solving, storytelling, as well as programming.

Why Kodu? If you're looking to create games with a game controller, you've found your calling. The types of games you can make include adventure, first-person shooters, platform, puzzle, racing, role-playing games, and strategy among others. Available free for Windows XP - 10, and the Xbox 360 at a low cost.

Do I need prior experience? A bit possibly. But it's icon based throughout, so you shouldn't have too many problems jumping right in.

What if it isn't enough? Pygame is a good stop on the ladder up. Project Spark - for Windows 8.1/10 and Xbox One - was an alternative on a different road, but it was discontinued by Microsoft this month.

Alice
What's it about? As mentioned before, Alice is a slightly more advanced version of Storytelling Alice, which had served as inspiration for Looking Glass. But like it, you can drag and drop graphical tiles to build a program. Alice wants to be the first tool that teaches kids about object-oriented programming, by way of helping them animate 3D objects such as people, animals and vehicles in a virtual world.

Why Alice? Sure it's more complex but that does mean a lot more options to tinker around with. After all, it's been around since 1994, and improved over time. And plus, you can instantly see what you make, which helps you to understand what you're doing. You can get it on Windows, OS X and Linux computers for free.

Do I need prior experience? Yup, but no look further than Storytelling Alice/ Looking Glass.

What if it isn't enough? Consider Squeak.

NetLogo
What's it about? Started back in 1999 at Northwestern University, NetLogo is a multi-agent programmable modelling environment. It allows students to create open simulations and "play" with them, exploring their behaviour under various conditions, according to the website. NetLogo has an existing library of thousands of models, and you can even create your own.

Why NetLogo? The language is highly flexible: simple enough for young students and their teachers, and advanced enough at the same time to serve researches in various fields. Also, it's free and open source. Available for Windows, OS X and Linux.

Do I need prior experience? Yes, it's the most advanced tool on this list. Make sure you have experience with a couple of the tools above before starting with NetLogo.

What if it isn't enough? You're clearly a kid genius, why did you even read this article?

Do you already code with any of these or some other programming languages? Let us know your thoughts via the comments below.