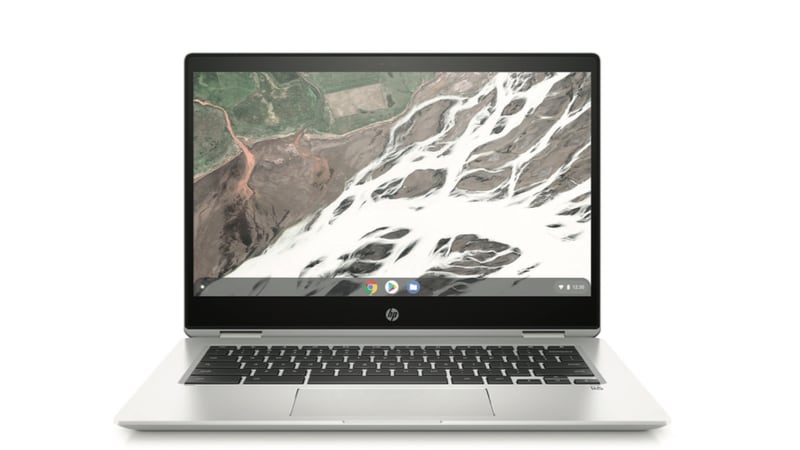 The HP Chromebook x360 14 G1 features a 14-inch display running at a full-HD resolution and with slim bezels on the side. However, the top and bottom bezels are competitively larger.

There's a webcam on top of the display and a full-sized backlit keyboard. It also includes a diamond-cut touchpad along with two speakers.

HP's new convertible laptop offers Intel Pentium, Intel Core i3, Core i5, or Core i7 CPU options and up to 16GB RAM. As for storage, there are options up to 64GB. Since the laptop is meant for business usage, the multiple CPU options will help businesses easily pick the variant which suits their needs the best.

The Chromebook x360 14 G1 comes with two USB Type-C 3.1 ports, a single USB Type-A 3.1 post and one microSD card reader. HP says its latest Chromebook can last up to 13 hours on a full charge. However, battery backup depends entirely on the usage pattern.

The laptop comes in a silver colour. HP says its Chromebook x360 14 G1 will ship later this month but the company is yet to disclose pricing details.