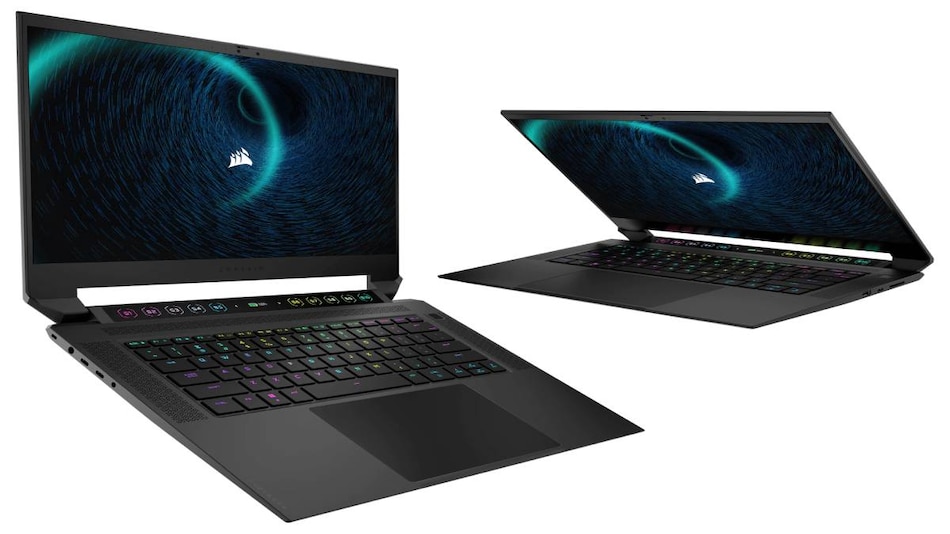 Corsair Voyager a1600 AMD advantage edition has been unveiled at Computex 2022 as the company's first-ever gaming and streaming laptop. The Voyager a1600 gaming laptop will be equipped with AMD Ryzen 6000-series processors and AMD Radeon RX 6800M GPU. The company says that this laptop also comes with Corsair and Elgato's vast ecosystem of exclusive software and technologies. Moreover, the laptop will feature a touch bar above the keyboard with ten touch shortcut buttons.

The pricing and availability details of the Corsair Voyager a1600 gaming laptops haven't been announced by the company yet. However, Corsair's official website says that the laptop will be 'launching soon'. On the other hand, Corsair announced its gaming laptop at an event held during Computex 2022.

The Corsair Voyager a1600 gaming laptop will come with up to an AMD Ryzen 9 6900HS CPU, which can be paired with up to 64GB DDR5 RAM and up to 2TB PCIe 4.0 M.2 NVMe SSD. As for graphics, the Corsair gaming laptop will be equipped with an AMD Radeon RX6800M GPU. The laptop includes a full-size Cherry MX low-profile mechanical keyboard with per-key RGB backlighting as well as a full-HD webcam. It sports a 16-inch 2560×1600 QHD+ IPS screen that offers 240Hz refresh rate and supports AMD FreeSync Premium technology.

Moreover, the laptop comes with Bluetooth v5.2 and will run on Windows 11 operating system. It will be packed with a 6,410mAh battery with support for 99W fast charging.

The Corsair Voyager a1600 gaming laptop comes with ten easy-access customisable S-key shortcut touch buttons that are placed above the keyboard. These buttons are powered by the Elgato Stream Deck software and offers one-touch streaming controls. The laptop also features a directional 4-microphone array with ambient noise cancellation that captures the user's voice even in busy environments, as per the company.

“We are extremely excited to partner with Corsair to launch the first Voyager laptop exclusively with AMD Advantage design framework,” said Frank Azor, chief architect of Gaming Solutions at AMD. “The Corsair Voyager a1600 is the first truly mobile streaming solution; coupled with AMD smart technologies like SmartShift MAX, users can automatically unleash the full potential of this laptop whether gaming, streaming, or creating,” Frank further added.