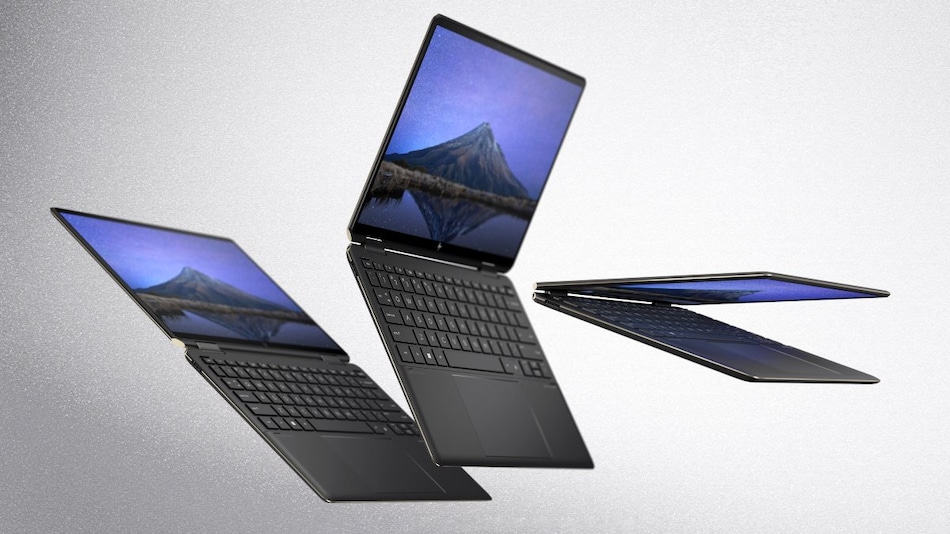 HP Spectre 16 x360 f-1003tu price in India is set at Rs. 1,39,999, while the HP Spectre x360 13.5 ef-0053tu comes with a price tag of Rs. 1,29,999. Customers can get both new models in colour combinations including Nightfall Black with Pale Brass accents and Nocturne Blue with Celestial Blue accents. The laptops are available with up to 18 months of no-cost EMI.

Launch offers on the HP Spectre x360 16 (2022) and Spectre x360 13.5 include an exchange benefit of up to Rs. 11,000 with an additional exchange top-up of Rs. 10,000 and a cashback on select Amex credit cards of 10 percent up to Rs. 10,000. Customers will also get special pre-booking accessories worth Rs. 8,800 when booking the laptops through the HP website or select HP World Stores, Croma, or Reliance stores. Further, the laptops come with a one month of Adobe creative cloud access along with 20 Adobe software worth Rs. 4,230 for free.

The HP Spectre 16 (2022) runs Windows 11 and features a 16-inch 4K OLED display with a 120Hz refresh rate. The display also includes support for touch inputs and gestures including pinch-to-zoom, double tap, and press and hold to create and draw sketches. Users can also take notes or sketch using an optional MPP 2.0 tilt pen. The Spectre 16 (2022) is powered by a 12th-generation Intel Core i7 processor, along with Intel Arc graphics.

The Spectre x360 16 (2022) includes walk away lock and wake on approach to ease usage. There are also well-being features such as screen distance reminder and screen time reminder. Further, the laptop has the HP Auto Frame camera that is touted to keep users always in focus. The company has also pre-installed the HP Presence and GlamCam features for audio and video calls.

In terms of battery life, the HP Spectre x360 16 (2022) is claimed to last for up to 16 hours on a single charge. There is also fast charging support to deliver up to 50 percent of charge in 30 minutes. HP has offered a Power Saver mode to further extend the battery life.

The Spectre x360 16 (2022) also includes an In-bag detection that works with Intel Dynamic Tuning Technology to adjust the processing power to avoid overheating or battery drain when the laptop is in a bag, the company said.

Unlike the Spectre x360 16 (2022), the HP Spectre x360 13.5 features a 13.5-inch display. It, however, also has the 12th-generation Intel Core i7 processor. The Windows 11-based laptop also comes with Wi-Fi 6e and Thunderbolt 4 connectivity support. Furthermore, the Spectre x360 13.5 carries a 5-megapixel Infrared (IR) webcam and includes AI-backed features such as Auto-frame and Noise reduction.