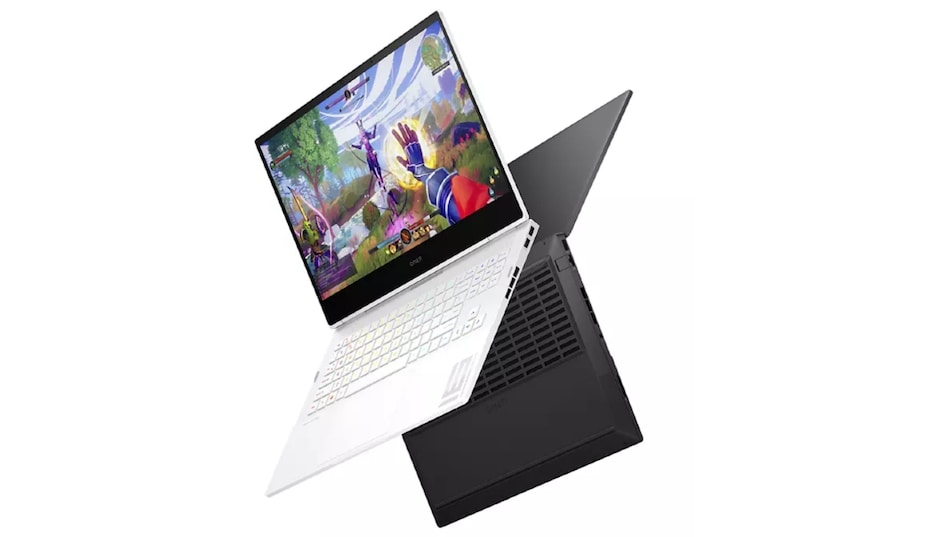 HP Omen 16 (2022) and Victus 15 (2022) gaming laptops were launched in the US on Wednesday. The laptops are quite similar to the previous generation of machines except they now have revamped cooling systems as well as have new processor options from Intel and AMD. In addition, HP says that both Omen 16 (2022) and Victus 15 (2022) laptops come with Omen Gaming Hub that offers features such as Performance Mode, Network Booster, and System Vitals that allows for tweaking in order to provide a better gaming experience.

The HP Victus 15 (2022) gaming laptop will also be available by this summer at a starting price of $799.99 (roughly Rs. 62,200) on HP online store, and other US retailers. The laptop can be purchased in Ceramic White, Mica Silver, and Performance Blue colour options.

As mentioned, the HP Omen 16 (2022) is quite similar to its predecessor. The HP Omen 16 (2022) features a 16.1-inch IPS display with an up to QHD (2560x1440 pixels) resolution and 165Hz refresh rate. The display gets 3ms response time, 100 percent sRGB colour gamut, and an Eyesafe display certification by Germany's TÜV Rheinland.

HP is offering two options in terms of processors. Gamers can either purchase the laptop with an Intel Core i9-12900H processor or with AMD Ryzen 9 6900HX processor. The model with Intel processor comes with an Nvidia GeForce RTX 3070 Ti graphics card, and the one with AMD processor gets Max-Q technologies or AMD Ryzen RX 6650M graphics. The processors are paired with up to 32GB of DDR5 4800MHz RAM, and up to 2TB PCIe Gen4x4 SSD.

As per HP, the revamped thermal system in the Omen 16 (2022) gaming laptop gets an additional fifth heat pipe, apart from a fourth outflow vent, which together are claimed to have decreased the GPU temperature by 3 percent, bottom SSD temperature by 14 percent, and also reduced the running noise by 5 percent.

The HP Omen 16 (2022) comes with a built-in IR thermopile sensor, which when combined with the Omen Dynamic Power feature in the Omen Gaming Hub, that is claimed to detect real-time CPU and GPU capacity and dynamically allocate power between the two. Buyers will get the option of per-key RGB lighting via the Omen Gaming Hub Light Studio integration. The laptop is claimed to deliver up to 9 hours of usage on a full charge.

The model with the Intel processor is launched with up to Nvidia GeForce RTX 3050 Ti GPU, and the one with an AMD processor gets AMD Radeon RX 6500M graphics. HP says the thermal efficiency of the HP Victus 15 (2022) is bolstered by four-way airflow, and a two-heat pipe design that pushes the heat out via wide rear vents. You get dual speakers tuned by B&O, an HP camera, and a backlit keyboard, while the laptop weighs 2.3kg.