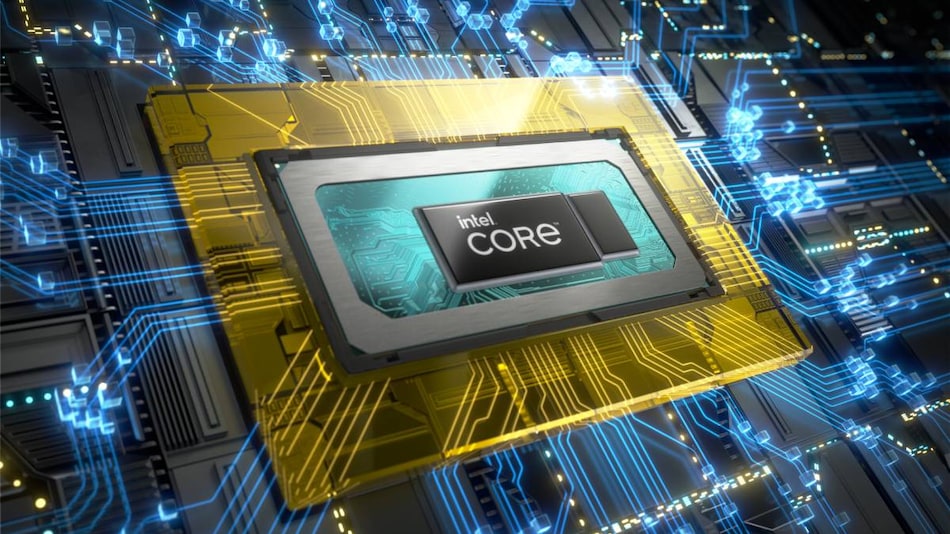 Intel has unveiled its entire lineup of 12th Gen ‘Alder Lake' laptop CPUs across all segments, with high-end 45W H-series models set to be available in gaming and creator laptops in February 2022, while the 28W P-series and 15W U-series for mainstream thin-and-light devices will launch later this year. The new lineup brings Intel's hybrid architecture with heterogenous cores to laptops. The company says that its new flagship CPU, the Core i9-12900HK is the “fastest mobile processor ever created” and “the world's best mobile gaming platform”.

The new Core i9-12900HK processor announced at CES 2022 features six P-cores (performance) with Hyper-Threading and eight E-cores (Efficiency), for a total of 20 threads. Maximum Turbo frequencies are 5GHz and 2.5GHz for each set of cores respectively. There's 24MB of L3 cache and while the base power rating is 45W it can go up to 115W. The integrated Intel GPU feature 96 execution units. Intel claims up to 28 percent better performance in games compared to the Core i9-11980HK.

With a new P-series tier rated for operation between 45W and 64W, Intel will be targeting mainstream thin-and-light laptops. Six models ranging from the new Core i7-1280P to the Core i3-1220P will feature six, four, or two P-cores with eight E-cores, and integrated graphics with 64 to 96 EUs. The U-series models include Core i7, Core i5, Core i3, Pentium Gold, and Celeron chips operating between 9W and 29W or 15W and 55W. These models feature either one or two P-cores with either four or eight E-cores, and will be targeted at ultra-portable form factors including foldable and fanless devices running Windows or Chrome OS.

The Alder Lake generation uses the ‘Golden Cove' architecture for P-cores and ‘Gracemont for E-cores. Chips are manufactured on the Intel 7 (10nm) process. Intel has developed a new scheduler called Thread Director that works with Windows 11 to optimise workloads for the heterogenous core types.

To accompany these CPUs, new motherboards based on Intel's H670, B660, and H610 platform controllers will be available from leading manufacturers including Asus, Gigabyte, MSI, and ASRock.

The Intel Evo laptop design certification, which is the public name for Intel's Project Athena initiative, has been updated with a third-generation spec. For the first time, devices with foldable displays will be included. Intel says that over 100 new designs based on 12th Gen Core CPUs will be rolling out from laptop manufacturers. More powerful models with H-series processors will also be included. The Intel Evo badge guarantees certain design and performance parameters such as display quality, battery life, weight, connectivity, and charging speed. A new ‘Engineered for Intel Evo' programme has also been launched to certify Bluetooth and Thunderbolt accessories.

The Intel vPro platform, which enables businesses to remotely manage and secure large-scale PC deployments, is getting new Enterprise and Essentials tiers to cater to large and small businesses respectively. Desktop PCs featuring vPro-enabled CPUs will also get a set of Project Athena targets for design and performance, aimed at modernising workspaces around security, privacy and sustainability.