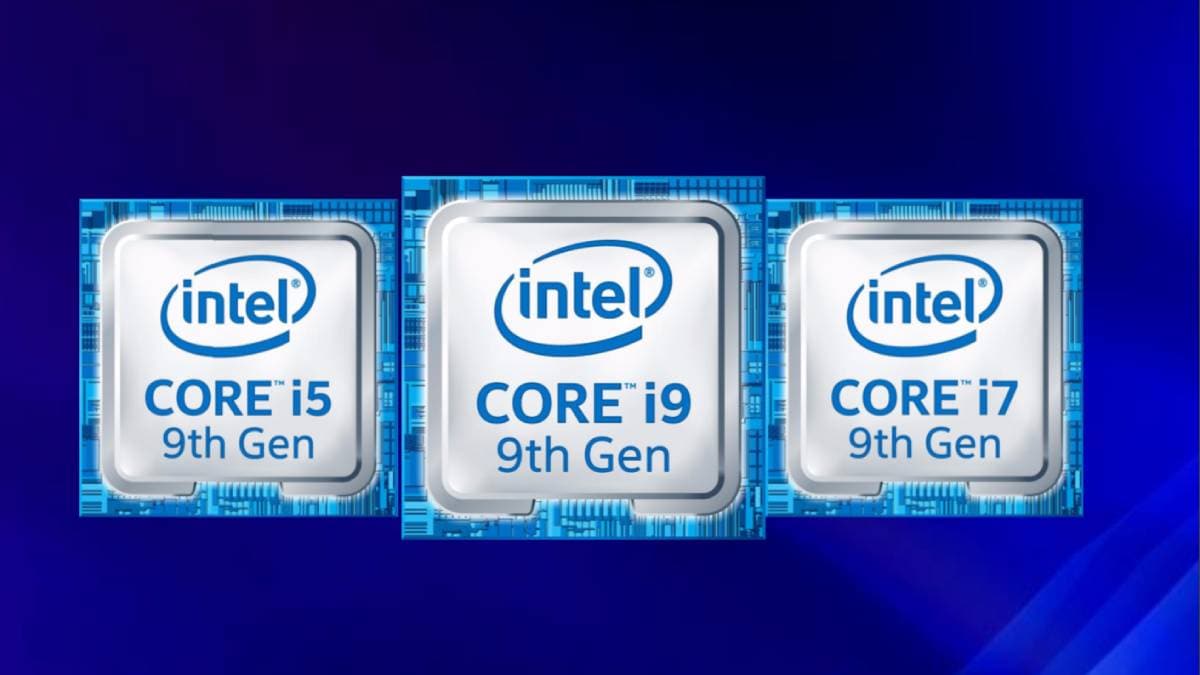 Intel has updated its H-series Core processor line for high-performance laptops including gaming laptops, with brand new 9th Gen Core i9, Core i7 and Core i5 models based on the ‘Coffee Lake' architecture. The six new CPUs announced today will be showing up in laptops immediately. Intel is targeting gamers in particular, but also acknowledges that creative professionals need similar levels of performance without the typically showy, aggressive styling of gaming laptops. According to Intel, there are hundreds of millions of PC gamers and content creators who make up the target audience for this segment of laptops, representing a huge potential market.

The company claims up to 56 percent better average game framerates and up to 38 percent faster processing for turn-based strategy games compared to a three-year-old enthusiast laptop. 4K video editing is claimed to be up to 54 percent faster depending on the software and workload used. New laptops featuring these CPUs are expected to be announced as early as today.

Intel describes its 9th Gen H-series Core CPUs as “the world's most powerful laptop platform”. Starting at the top, the new Core i9-9980HK is meant to be equivalent to the desktop Core i9-9900K announced late last year. The new mobile SKU features eight cores with Hyper-Threading, and is aimed at a category of bulky laptops that Intel calls “musclebooks”, prioritising performance over portability. It has a base speed of 2.4GHz and can reach a turbo boost speed of up to 5GHz depending on thermal headroom within its 45W envelope. It's fully unlocked and overclockable, and has a 16MB cache.

The Core i9-9980H is positioned slightly lower, and has the same features but a base speed of 2.3GHz and maximum turbo boost speed of 4.8GHz. This SKU is not unlocked, and is aimed at those who need top-end performance but aren't necessarily hardware enthusiasts.

At the platform level, the new 9th Gen H-series Core CPUs have integrated Wi-Fi 6 and USB 3.1 Gen2 (10Gbps) controllers. Intel touts support for its Thunderbolt 3 interface and Optane Memory cache devices including the new hybrid Optane Memory H10 module with integrated QLC NAND flash. There are no changes to the integrated Intel UHD Graphics 630 GPU compared to the previous generation.

In addition to this new, Intel is expanding its 9th Gen desktop CPU lineup with 25 new models across the Core i9, Core i7, Core i5, Core i3, Pentium Gold, and Celeron product tiers. These will coexist with previously announced models. The new products include even more F-series CPUs which do not feature integrated GPUs, as well as T-series models with 35W TDP ratings, aimed at small-form-factor PCs.

The high-end Core i9-9900 has eight core with Hyper-Threading and runs at a base speed of 3.1GHz with a 5GHz maximum turbo speed, but has a 65W TDP unlike the 95W of the Core i9-9900K. The new Core i7-9700 and and Core i7-9700F both have eight cores without Hyper-Threading and the same base and turbo speeds of 3GHz and 4.7GHz respectively, with the only difference being the latter's lack of an integrated GPU.

Intel has not announced Indian retail prices for these new desktop CPUs but they should be available in stores and in pre-built PCs very soon. All the new CPUs announced today continue to use an enhanced 14nm manufacturing process, as Intel will use its long-delayed 10nm process for low-power CPU models beginning late this year or in early 2020.