Samsung Galaxy Book Pro 2 360 is claimed to be similar looking to its predecessor. 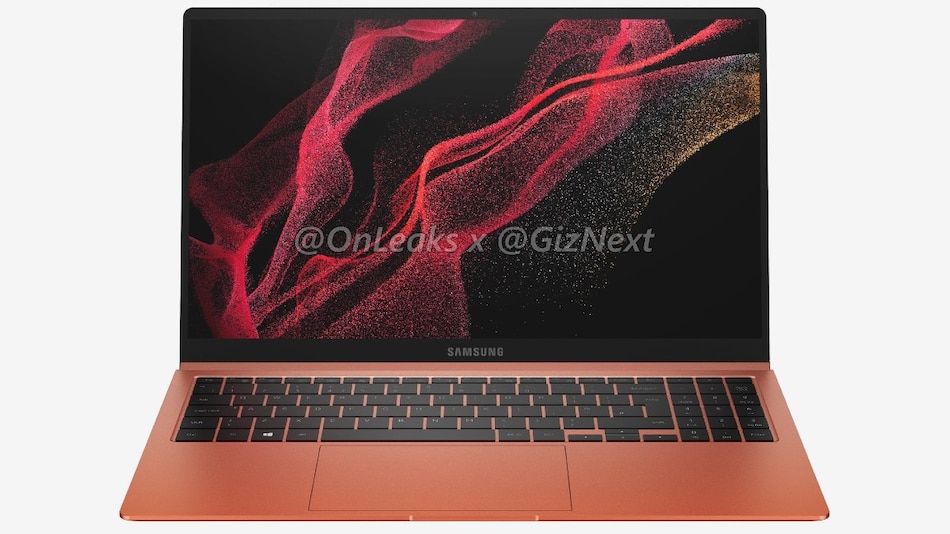 Samsung Galaxy Book Pro 2 360 alleged renders have emerged online a few days ahead of the launch of the laptop at MWC 2022. The images shared show a Burgundy Red colour variant, and speculations are rife that Samsung will launch the laptop in multiple colourways. Samsung has already announced that it will launch a refreshed Galaxy Book lineup “to provide best-in-class experiences" across devices. The South Korean company also said that it is continuing its partnerships with Intel and Microsoft for the upcoming laptops.

A report by Giznext has released a few images of the rumoured Samsung Galaxy Book Pro 2 360 laptop in collaboration with tipster Steve Hemmerstoffer (aka @OnLeaks). The report claims that the rumoured laptop has codename “mars 2” on the factory schematics documents -- suggesting a second-generation device. It is claimed to feature a spacious keypad and a larger mouse trackpad.

The report says Galaxy Book Pro 2 360 may not come with S Pen support. The laptop is tipped to pack a 15-inch display, and offer three USB Type-C ports, one 3.5mm headphone jack as well as one microSD slot.

The news comes a few days after Samsung announced that it will expand its Galaxy Book portfolio at MWC 2022. It is to be noted that Samsung hasn't revealed the name of the Galaxy Book laptop it is going to launch at MWC. Talking about its laptop portfolio, Samsung claimed that its PC sales increased by 63 percent year-over-year in 2021, and based on this, the company wants to further ensure that “the devices in the Galaxy Ecosystem work together for our users.” Samsung also said that it is continuing its longstanding partnership with Intel and Microsoft.

“Together, we will achieve three goals with our soon-to-be-announced next generation Galaxy Book lineup that is set to transform the way people use their devices within their daily lives: a seamless experience across devices and operating systems, the combination of the best of Galaxy mobility powered by Intel, and peace of mind brought about through robust security,” said Hark-sang Kim, Corporate EVP & Head of New Computing R&D Team, Samsung Electronics, in the announcement blog post.

Samsung teases that the upcoming Samsung Galaxy Book will provide seamless experience with Samsung Galaxy smartphone apps like Samsung Gallery and Samsung Notes as well as with Microsoft apps such as Office, OneDrive and Outlook for full on-the-go functionality. It also revealed that the laptops will be powered by Intel processors, and will have enhanced security features for safe, private and secure experiences.