‘World's Most Dangerous Laptop’ Is On Sale for $1.2 Million

It's an old Samsung laptop loaded with six deadly pieces of malware. 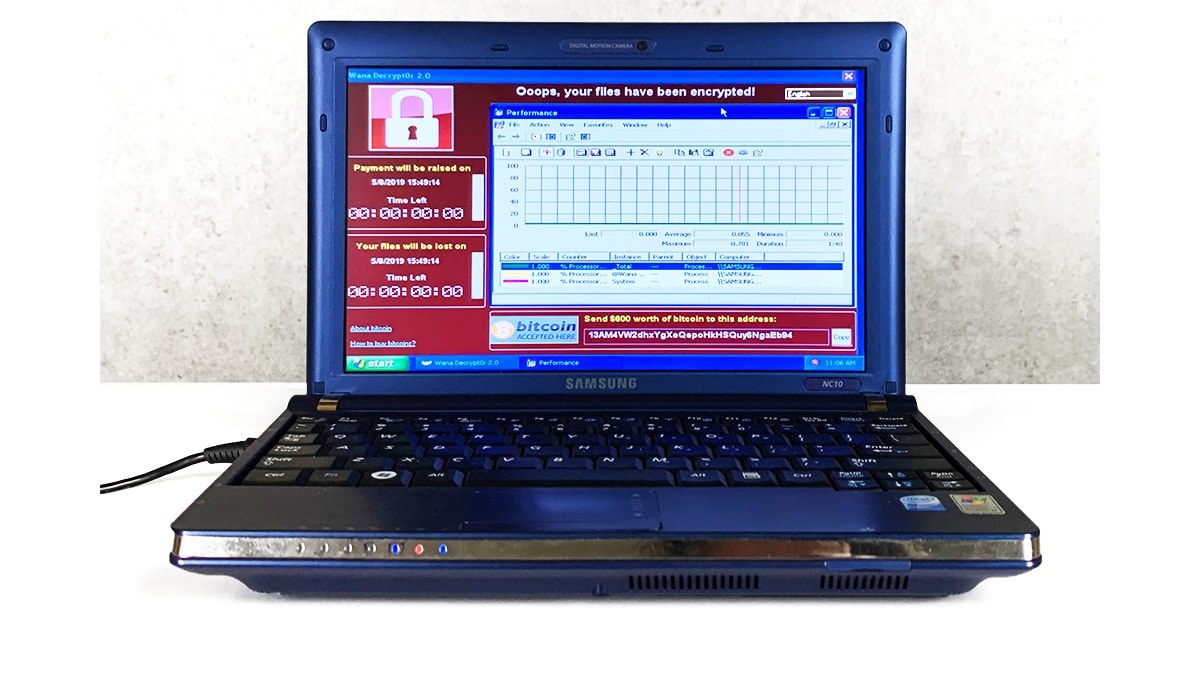 Art can be fairly complex and interesting. But you've probably never seen anything like this before. A laptop loaded with six of the most destructive pieces of malware is being sold at an auction. These viruses have caused nearly $100 billion in damages worldwide, and some of them are still floating around on the Internet. This is quite possibly the most dangerous machine in the world right now, and it's running on Microsoft's Windows XP.

Titled 'The Persistence of Chaos', the artwork is a simple Samsung NC10-14GB 10.2-inch laptop (2008), which is currently running Windows XP (Service Pack 3), and is loaded with six different malware. You can also watch a live stream of the laptop during the time it's up for auction.

The project has been commissioned by cybersecurity firm Deep Instinct and has been created by artist Guo O Dong. Bidding for the laptop has already crossed $1.2 million in a private auction, although anyone can bid on it online.

The laptop is being kept isolated and air-gapped, which means the six dangerous viruses cannot escape from the laptop and spread elsewhere, unless, of course, if you hook it up with your Wi-Fi. That's not going to end well for anyone.

The six pieces of malware include ILOVEYOU, MyDoom, SoBig, WannaCry, Dark Tequila, and BlackEnergy. It does seem rather bizarre to sell a machine that's loaded with malware, but it's being sold as a piece of art. The official listing page for the project clarifies that the auction is only meant for 'academic reasons' as the sale of malware for operational purposes is illegal.

Some of these viruses have had a big impact on the physical world as well. WannaCry ransomware caused massive damaged to the UK's National Health Service, causing about $100 million in damages. The attack had infected more than 200,000 globally. BlackEnergy caused a large-scale blackout in Ukraine back in 2015.

With just a few hours left for the online auction of the end, it'll be interesting to see how much the world's most dangerous laptop can fetch. The next time you end up with a badly infected machine you can't fix, maybe, save it and put it up for auction.