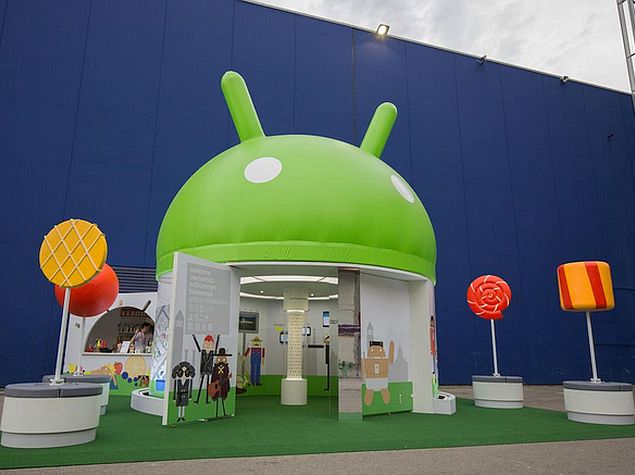 Android 5.1.1 Lollipop has begun rolling out, starting with Google publishing the factory image for the Nexus Player, the firm's streaming set-top box. The company has also published the updated source code.

While there is no information for over-the-air (OTA) update as yet, users can manually download and flash the zip update file for the Nexus Player from Google's Nexus Factory Images page. The new updated build of Android 5.1.1 comes with build number LMY47V. To recall, the Nexus Player was unveiled last year. It has been built by Asus in partnership with Google and was the first Android TV device.

The Android Open Source Project (AOSP) has been updated with the Android 5.1.1 source code (build LMY47V), tipping that the release should start rolling out to Nexus users soon.

As of now, there is no information about the changelog of the new incremental update; though Android 5.1.1 is primarily anticipated to bring a fix for the memory leak issue, a bug that plagued Android 5.0 Lollipop users and even haunted some users on Android 5.1 Lollipop.

Android Police however points to a developer changelog for Android 5.1.1 source code that has been shared, with a total of 34 commits. The publication notes the majority of the commits are either changes to core OS functions, or for media decoding/ handling and telephony. The biggest appear to be a fix for a camera timeout issue on the Nexus 5 and Nexus 6, a fix/ improvement for a recent remote pass through feature on Chromecast, apart from fixes for security issues.

To recall, the "Memory leak still present on Android 5.1" issue was reported on the AOSP issue tracker by some users in March and was thereafter marked as fixed internally by Google. However, at that point, no time-frame for release was provided by the company.

The memory leak issue in Android 5.0 Lollipop was first reported back in November and only after the release of Android 5.0.1 update in early December did a Google project member in late-December mark the issue for 'Future Release'. Considering that some users who recently updated to Android 5.1 Lollipop are still reporting the issue, an update is still required to fix it. We can now expect the incremental update Android 5.1.1 to be released in the coming days or weeks and bring a fix for the issue.

The Android 5.1.1 was earlier this month spotted as an incremental Platform SDK update in the Android SDK Manager.