Apple Passkeys to Put an End to Passwords in iOS 16, iPadOS 16, and macOS Ventura 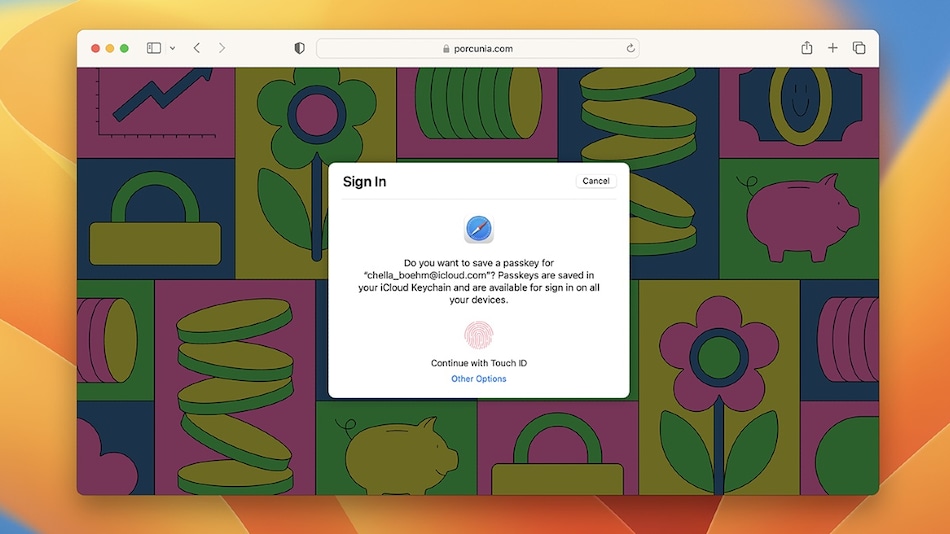 Apple earlier in May announced that it will be replacing password-only logins with a password-less sign-in standard created by the FIDO Alliance. Apple's new Passkeys will allow users to sign in to apps and websites with Touch ID and Face ID, Apple executives confirmed in a media interview. The Passkeys login scheme uses iCloud Keychain public key credentials to provide a password-less sign-in experience and will be launched with iOS 16, macOS Ventura and iPadOS 16. It relies on biometric identification for generating and authenticating accounts. They are claimed to be resistant to phishing and work across all Apple devices.

In an interview with Tom's Guide, Kurt Knight, Apple's senior director of platform product marketing, and Darin Adler, VP of Internet technologies at Apple, briefly talked about Passkeys and how they would change the way we use passwords.

As mentioned, unlike passwords, the Passkeys use Touch ID or Face ID for biometric verification. According to Apple, Passkeys are built on the WebAuthentication (WebAuthn) standard that uses public key cryptography. During account registration, the operating system creates a unique cryptographic key pair to associate with an account for the app or website. These keys are generated by the device, uniquely for every account. These key pairs are said to be unlikely to be hacked.

“Face ID and Touch ID verification give you the convenience and biometrics we can achieve with an iPhone. You don't have to buy another device, but also you don't even have to learn a new habit”, said Adler.

According to the dedicated iOS 16 preview website, Passkeys are end‑to‑end encrypted and sync across users' Apple devices through iCloud Keychain. This would allow people to use their iPhone models to sign in to apps and websites on non-Apple devices. Users can sign in to websites or apps on other devices with the saved Passkey by scanning the QR code with their iPhone or iPad or using Face ID or Touch ID for authentication. The Passkeys can reportedly be also shared via AirDrop.

“So say you're someone who has an iPhone, but you want to go and log in on a Windows machine. You'll be able to get to a QR code that you will then just scan with your iPhone and then be able to use Face ID or Touch ID on your phone”, said Knight.

Passkeys will come bundled with iOS 16, iPadOS 16 and macOS Ventura. As per the report, Apple is also working with developers to integrate Passkey support into their apps.

Apple isn't alone in this endeavour to eliminate the need for passwords. Google and Microsoft are also implementing new capabilities of the common password-less sign-in standard created by the FIDO Alliance on their devices as well as platforms.