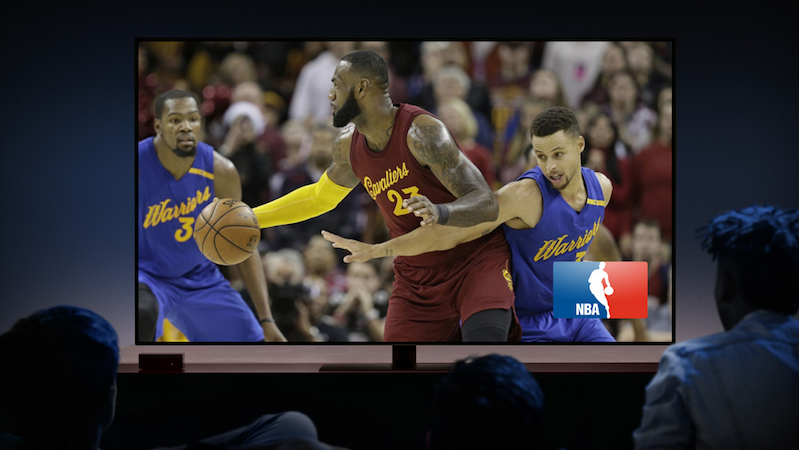 Apple on Tuesday rolled out iOS 11, watchOS 4, and tvOS 11 worldwide for its products. While we've already covered everything new about the iOS 11 and how iPhone, iPad, and iPod touch users can download it, we now take a look at what's new with the newest OS versions for the Apple Watch and the Apple TV.

Coming to watchOS 4 for Apple Watch first, the new update brings a bunch of new additions and enhancements. The new update brings three new watch faces including Toy Story and a Siri watch face that features a proactive timeline that will show new and relevant information as the machine learning algorithm adapts to the user's habits.

The new update also improves Workout algorithms for tasks such as swimming, high intensity interval training, and also supports multiple workouts in a single session. You'll also be able to access Now Playing controls during workout, turn on Do Not Disturb during workout. Apple Music also gets better as you can now automatically sync Apple Music playlists as well as frequently played music and recently added ones.

Apple Watch Series 1 and Series 2 owners are eligible to download the latest OS right now, while the update will ship with Series 3 when it goes on sale starting September 22. Note that before updating your Apple Watch to watchOS 4, you will need to update your paired iPhone to iOS 11, which has also begun rolling out worldwide.

There some more prerequisites before you begin downloading. Your Apple Watch will also need to have at least 50 percent battery charge to start the update. It is also advised to keep your Apple Watch charged while updating as the update could take time and drain the charge. Lastly, your iPhone will need to be on Wi-Fi and in close proximity to the Apple Watch while updating to watchOS 4.

Once all this is done, launch the Watch app on your iPhone and head to the My Watch tab and then General > Software Update. Enter the Watch passcode if prompted and then follow the prompts from your iPhone. The Apple Watch should restart twice before the update is completed.

Next up is tvOS 11, the latest update to Apple TV that brings features such as Home Screen Sync, AirPlay 2, full support for AirPods, and a new TV app, among other things. Home Screen Sync lets users rearrange apps on one Apple TV and see it reflected on another Apple TV under the same iCloud account. The feature will automatically install apps across Apple TVs once it is enabled.

Meanwhile, tvOS 11 now adds full support for AirPods, which means Apple TV owners will now see AirPods listed under speaker options if they happen to be nearby. You will be able to connect the AirPods to the Apple TV and listen to audio via the Bluetooth earphones . This makes pairing a lot more easier as prior to this AirPods users would have to manually pair the earphones via the Settings app.

AirPlay 2 will make to tvOS 11 in the near future and will allow for multi-room AirPlay from iOS and HomePod. The new TV app will be available this month in select countries like Australia and Canada, in addition to the US, and will come to more countries by the end of the year. The new TV app makes it easier to watch and get updates about live sports by simply saying "Watch the Warriors game" or "What's the score of the Cubs game?"

tvOS 11 also adds new features like support for high dynamic range color for the new Apple TV 4K that will go on sale later this week. It also includes aerial screensavers and content on iTunes in 4K HDR.

Apple back in June also announced that Amazon Prime Video will be coming to the smart box by the end of the year to add to Apple's existing video streaming catalogue. There is still no word on when exactly Prime Video will be available, but now that the new OS is out, you can expect the app to hit the Apple TV App Store soon.

Updating to tvOS 11 on the Apple TV is fairly straightforward. Launch the Settings app on the Apple TV and navigate to Settings > Systems > Software Update. Once this is done, the Apple TV will search for the update and you can proceed to download tvOS 11 following the on-screen prompts.

We discussed iOS 11 and the future of iPhone and iPad in-depth on our weekly technology podcast - Orbital. You can subscribe to it via Apple Podcasts or RSS or hit the play button below.