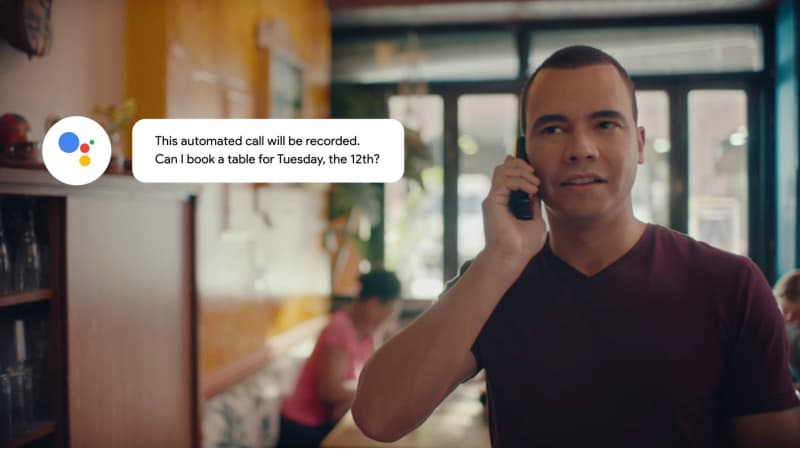 Google Duplex was launched at I/O 2018

Google Duplex was spotted to be working on a Samsung Galaxy S10+ just a day ago, and now Google has confirmed that most Android phones are getting the feature as well. Moreover, Google has confirmed that even iPhone models are getting Google Duplex support. The rollout has already begun, and it will be a while before all compatible devices will see it working. For those unaware, Google Duplex makes calls for hotel reservations and appointment bookings on the users' behalf, in the US. This feature can be used via Google Assistant.

A Google spokesperson confirmed to The Verge that Duplex has started to roll out on all iPhones with the Google Assistant app installed from this week. This service currently works only in the US region. Duplex has also started rolling out for all Android phones running on Android v5 and above. If you are an iPhone user in the US, install the Google Assistant app from App Store to use this feature. It could be a staged roll out, so you may not find Duplex working right away.

There's no word on when Google Duplex will be available in India. The feature was unveiled by CEO Sundar Pichai at Google I/O 2018. By the end of the year, it was made available on select Pixel phones, but now a broader rollout is underway. It's commendable that even iPhone users are getting Duplex support, and we hope that it launches outside of US soon.

For the uninitiated, Google Duplex will enable a robot to make calls to restaurants/ businesses to make reservations/ appointments for the user, on their behalf. Google Assistant will make a call in the background, converse with the representative of the restaurant/ business, understand the context of what is heard over a call, respond accordingly, and make a final reservation. On the Samsung Galaxy S10+, Google Duplex was able to make a reservation in less than six minutes.

Tesla Deliveries Drop Due to Challenges Shipping to Europe and China