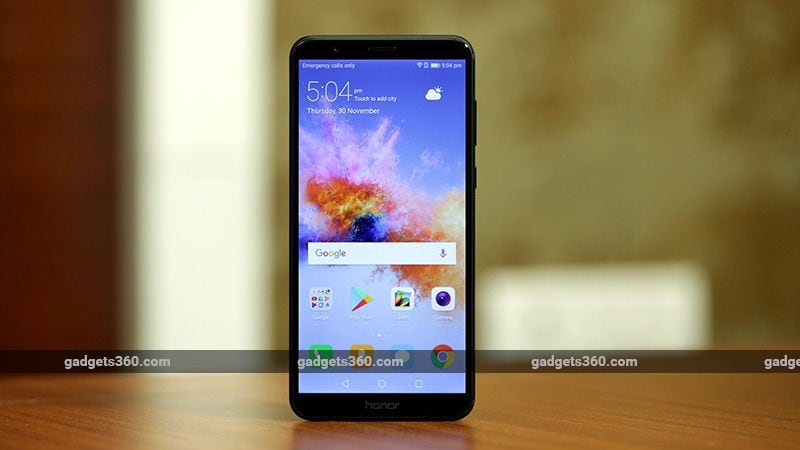 Honor 7X, the affordable dual camera smartphone from Huawei brand Honor, was launched running EMUI 5.1 based on Android 7.0 Nougat. However, Huawei had started an Android Oreo beta programme for the Honor 7X handset earlier this month. Now, the time has come for the company to roll out the Android Oreo-based EMUI 8.0 update for beta testers.

Interestingly, popular tipster Roland Quandt had previously claimed that the EMUI 8.0 rollout for the Honor 7X will begin in the second quarter of 2018. If you signed up for beta testing, you can check if the update is available on your Honor 7X, by going to Settings > System > System Update. Now, tap on Check for Updates, and if no update is displayed, go to the top right menu option and tap on Download latest full package.

To recall, Honor 7X is a dual-SIM smartphone featuring a 5.93-inch full-HD+ (1080x2160 pixels) IPS display, and powered by a HiSilicon Kirin 659 octa-core SoC with four Cortex-A53 cores clocked at 2.36GHz and 4 Cortex-A53 cores clocked at 1.7GHz, coupled with 4GB of RAM. On the rear panel, the Honor 7X sports a dual camera setup - comprising a 16-megapixel primary sensor and a 2-megapixel depth sensor, complete with PDAF and an LED flash. On the front, it bears an 8-megapixel camera. As we mentioned, it will be available in 32GB and 64GB connectivity options, expandable via microSD card (256GB) in a hybrid dual-SIM configuration.