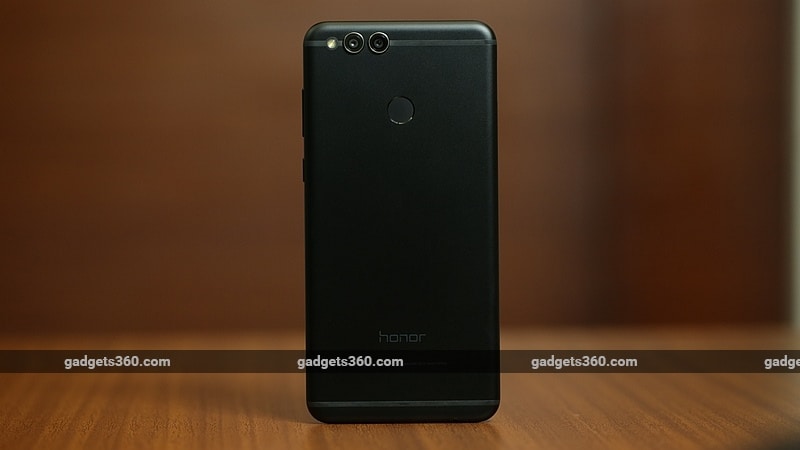 Honor 7X has received a price cut of Rs. 1,000 in India. With the latest move, the handset is available with a price tag of Rs. 11,999 for the 32GB storage configuration, while its 64GB storage variant comes at Rs. 14,999. Huawei-owned Honor brand has also started rolling out a new software update for the Honor 7X that brings a bunch of new features, including a Game Suit, Ride Mode, AR Lens, and a Shortcut to Paytm. The update comes weeks after the handset received Android 8.0 Oreo-based EMUI 8.0 update. Debuted in China back in October, the Honor model was launched in India in December with a starting price of Rs. 12,999.

The new Honor 7X price is live on Amazon India with EMI options and exchange offers. The handset comes in Blue, Black, Gold, and Red Limited Edition colour options. Previously, the Honor 7X price was starting at Rs. 12,999 for the 32GB storage variant, while its 64GB variant was launched at Rs. 15,999.

Alongside the new price, Honor has announced that it is rolling out a list of new features for the Honor 7X users. There is a Game Suit e that is designed to help gamers with a Gaming mode, which is touted to automatically optimise the gaming experience. The Suite also includes a Power saving mode to optimise the handset on the basis of battery; Smart Mode to optimise the experience performance depending upon the current usage and balance the power consumption and performance; Uninterrupted gaming to hide all the onscreen notifications excluding calls, alarms, and low battery; and Lock navigation keys to avoid accidental presses during the game. Users can, however, a key three times to perform an action.

Apart from the Gaming Suite, the update brings a Ride Mode that notifies the caller that the user is riding a bike. The feature arrived on the Honor 9 Lite in March. Also, there is an AR Lens feature that will add effects to the images using augmented reality (AR) developments. The update additionally brings a Shortcut to Paytm feature that lets users assign a specific fingerprint to access the Paytm app using the rear-facing fingerprint sensor. The feature lands users directly to the payments section on the Paytm app to enable instant payments.

Last month, Honor rolled out EMUI 8.0 based on Android 8.0 Oreo. That update was announced in April. The smartphone also received a Face Unlock feature via a dedicated OTA update that was released in March.

The dual-SIM (Nano) Honor 7X features a 5.93-inch full-HD+ (1080x2160 pixels) IPS display and is powered by a HiSilicon Kirin 659 octa-core SoC, coupled with 4GB of RAM. It has a dual rear camera setup with a 16-megapixel primary sensor and a 2-megapixel depth sensor, paired with PDAF and an LED flash. On the front, the handset has an 8-megapixel camera sensor. It has 32GB and 64GB of onboard storage options that both support microSD card (up to 256GB) in a hybrid dual-SIM configuration. The smartphone also packs a 3340mAh battery and weighs 165 grams.