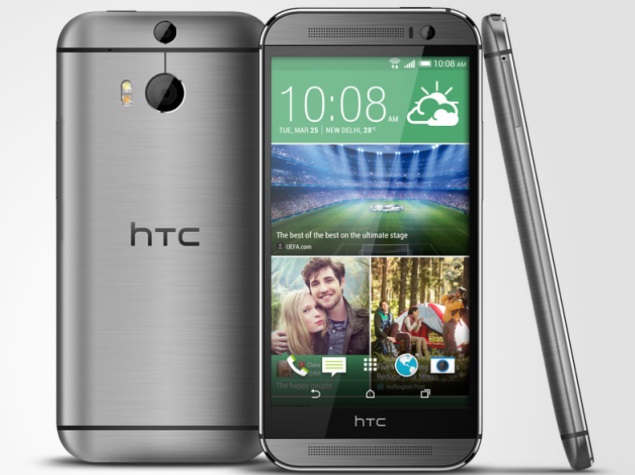 HTC is gearing up to announce India pricing of its latest flagship smartphone, the One (M8). However, ahead of the announcement, NDTV Gadgets has received a retail packing of the HTC One (M8) the maximum retail price (MRP) of the device as Rs. 59,900.
Update: HTC One (M8) India price, availability details officially confirmed

Earlier, HTC had confirmed to NDTV Gadgets that the One (M8) India launch is likely to be in the third week of April. This means we should expect to hear official word on the pricing soon. 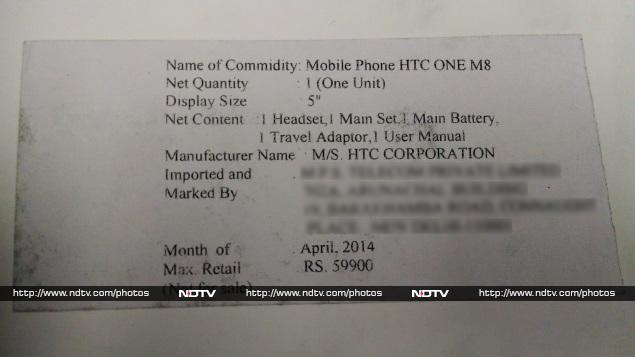 HTC unveiled its One (M8) after months of leaks, at an event in New York and also showcased the device in India.

The Taiwanese handset maker though did not reveal the price of its latest flagship for any markets. The HTC One (M8) comes with a body that's '90 percent metal' and exudes the same premium feel as its predecessor.

The highlight of the HTC One (M8) is the dual camera setup that puts a 4-UltraPixel camera alongside a depth sensing camera that lets you do cool things like refocusing images after they've been clicked and other stuff. A 5-megapixel front camera is included as well. The phone packs a 2600mAh battery and supports Nano-SIM.

The One (M8) runs Android 4.4.2 KitKat with the company's brand new Sense 6 UI on top, which HTC is calling the biggest upgrade since Sense debuted.

The phone is powered by a 2.5GHz quad-core Qualcomm Snapdragon 801 processor, alongside 2GB of RAM.

The HTC One (M8) comes with a 5-inch full-HD display and will be available in 16GB and 32GB storage options, with support for expandable storage via microSD cards of up to 128GB capacity. It comes in Gunmetal Grey, Amber Gold, and Glacial Silver colour options.