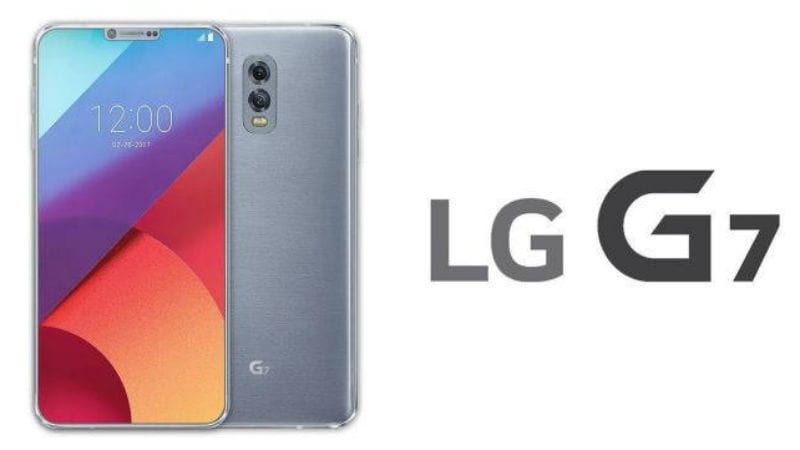 LG G7, one of the most anticipated smartphones of 2018, is now expected to launch later this month. Speculation regarding LG's upcoming flagship handset has been all over the place in the past few months. While the company had ordered for the development of the LG G7 to be started from scratch in January, more recently, the smartphone was rumoured to be unveiled in May this year. While some reports have revealed alleged design details of the LG G7, a few reports have also leaked renders of the handset. However, as per latest reports, the company is planning to release the G7 by the end of April. Another report has claimed that the smartphone will come with a ThinQ branding.

As per a report by South Korean publication ET News, LG G7 will launch in South Korea by the end of this month, and reservations of the premium handset will start a week later. The report also adds that the smartphone will finally hit the markets in May this year. While there were expectations of an OLED panel after the LG V30 launch, LG will apparently incorporate an M-LCD panel on this upcoming smartphone. The new panel is said to be roughly 35 percent more efficient when it comes to power usage when compared to standard LCD panels. Also, the move to go with LCD instead of OLED will lead to "reasonable prices," according to the report.

The report also teased more AI features that may be a part of the LG G7. The handset could offer Q Lens and Q Voice which can be controlled by an "AI switch," which sounds similar to the Bixby key in Samsung handsets. LG had put a lot of focus in its AI features in the LG V30S ThinQ. Interestingly, the LG G7 may also come with the same ThinQ branding, as per noted tipster Evan Blass.

Finally, the LG G7 may also include the company's first-ever rear dual camera setup with an f.1/5 aperture for better and brighter pictures in low light. As per the report, the smartphone will include the iPhone X-like notch and will be powered by the Snapdragon 845 processor. The LG G7 will pack 6GB of RAM and 64GB of inbuilt storage. However, the LG G7 Plus variant may come with 128GB of inbuilt storage.