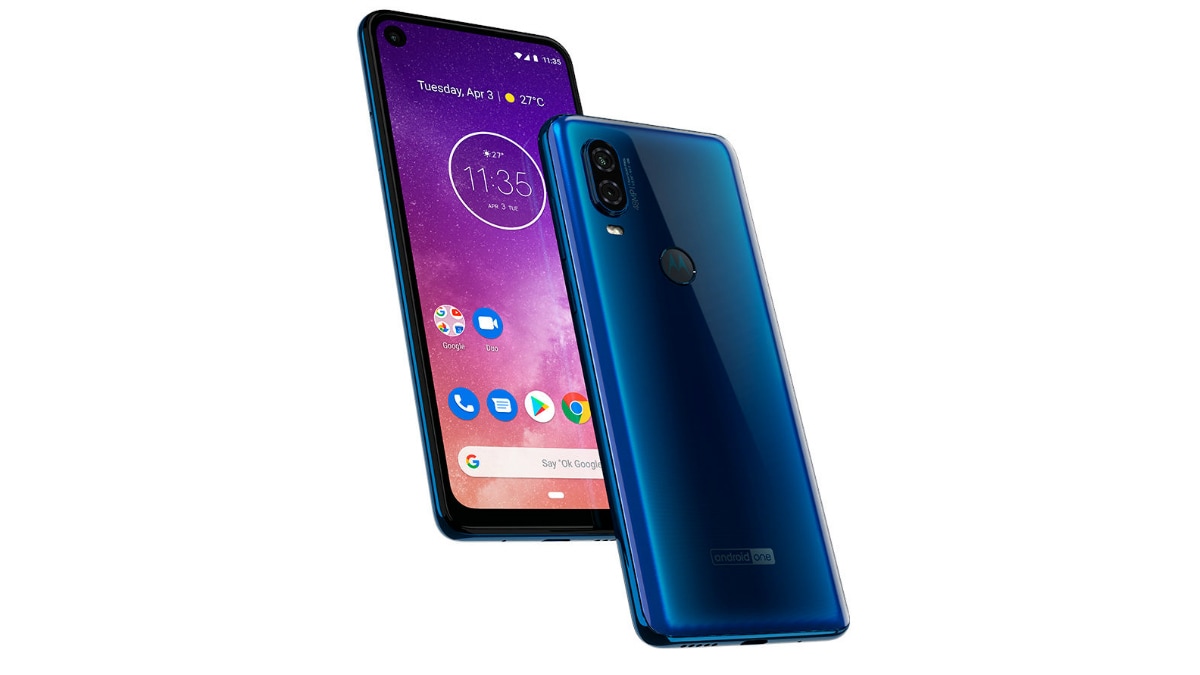 Motorola One Vision is already available in Brazil

Motorola One Vision is now official, after many leaks and teasers. The phone has launched in Brazil on Wedneday, and is slated to arrive in other regions soon. The phone comes with a hole-punch display, a dual rear camera setup, a rear fingerprint sensor, a 21:9 display, and more. Key specifications on the phone include a 48-megapixel sensor, a 25-megapixel front snapper, neat camera features like optical image stabilisation, and 4D Corning Gorilla Glass gradient back panels in sapphire and bronze colour options.

The Motorola One Vision is priced at an RRP of EUR 299 (roughly Rs. 23,500) and will be available in Saudi Arabia and Thailand from tomorrow. It has gone on sale in Brazil for BRL 1,999 (roughly Rs. 35,000), and is slated to roll out in select countries of Asia, Latin America, Middle East, and Australia in the coming months. Mexico will see the phone become available next week. The phone as mentioned, will be available in two colour options – Sapphire Blue and Brown.

The Motorola One Vision adopts a hole-punch display design, a dual rear camera setup at the back aligned vertically, a rear fingerprint sensor hidden beneath the Motorola logo, and a glossy gradient finished panel. The hybrid dual-SIM phone runs on Android Pie and is based on the Android One program. It features a 6.3-inch full-HD+ (1080x2520 pixels) display with 21:9 CinemaVision aspect ratio, and is powered by the 2.2GHz Exynos 9609 octa-core processor. The phone packs 4GB of RAM and offers 128GB internal storage as well. Storage can further be expanded via microSD card slot support (up to 512GB).

Coming to the dual camera setup at the back, the Motorola One Vision sports one 48-megapixel snapper with f/1.7 aperture and another 5-megapixel camera with f/2.2 aperture. The phone supports dual-LED flash, 8x digital zoom, portrait mode, manual mode, cinemagraph, panorama, active display mode, Auto HDR, more. Up front, there is a 25-megapixel sensor with f/2.0 aperture as well.

The Motorola One Vision packs a 3,500mAh battery with TurboPower fast charging support. It is touted to give you up to 7 hours of power in just 15 minutes of charging. Connectivity options include Bluetooth v5, USB Type-C port, 3.5mm audio jack, NFC, GPS, AGPS, GLONASS, more. Sensors on board include fingerprint sensor, accelerometer, gyroscope, ambient light sensor, proximity sensor, compass, and magnetometer. The One Vision phone measures at 160.1x71.2x8.7mm, and weighs 181 grams.