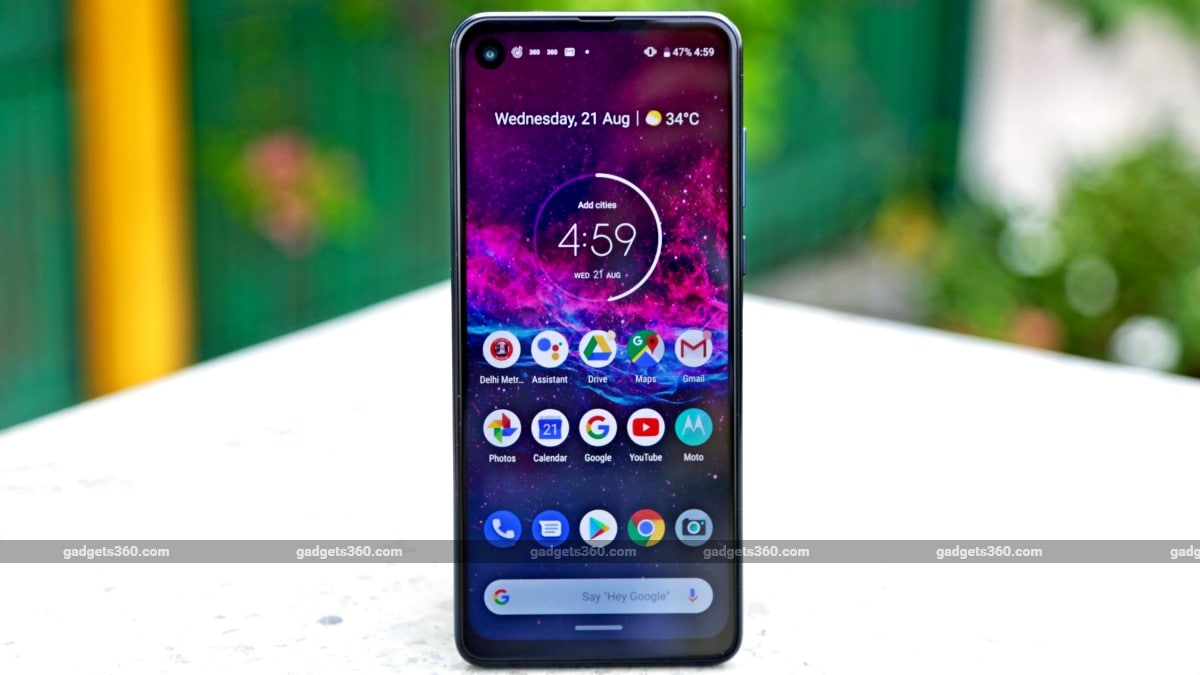 Flipkart and Amazon are hosting their massive festive sales beginning later this week, and several brands including Xiaomi, Samsung, Realme, and OnePlus are all set to launch new products and give deep discounts on their existing portfolio. Lenovo and Motorola are also jumping on to the bandwagon and are offering up to 25 percent off on phones starting September 30 as a part of the Flipkart sale. The offers and price cuts will be listed during the Flipkart Big Billion Days sale that will continue through October 4. Phones like the Moto G7, Lenovo K10 Plus, Motorola One Action, Motorola One Vision, and Lenovo Z6 Pro are going to be listed during the sale.

The Motorola One Action will be listed for Rs. 11,999 during the Flipkart sale, instead of its regular price of Rs. 13,999. This means a discount of Rs. 2,000 will be offered on the phone. the key features of the phone include its triple rear camera setup, Exynos 9609 SoC, and a 3,500mAh battery.

The Motorola One Vision will be priced at Rs. 14,999 during sale, suggesting a Rs. 5,000 discount on the phone. The phone has a hole-punch display, a dual rear camera setup with a 48-megapixel sensor, and a 3,500mAh battery.

Similarly, the Moto G7 will see a temporary price cut of Rs. 7,500. The phone was launched in March this year with a price tag of Rs. 16,999 attached to it. It has a full-HD+ display, Snapdragon 632 SoC, and dual rear cameras.

The Lenovo A6 Note was launched alongside the Lenovo Z6 Pro, and it will see a price cut of Rs. 1,000. The phone will retail at Rs. 6,999 during the sale period. Key features of the phone include 4,000mAh battery, dual rear cameras, and a MediaTek Helio P22 SoC.

The Lenovo K10 Note was also introduced earlier this month, and it will get a Rs. 2,000 discount as well. The phone was originally launched for Rs. 13,999 and will be listed for Rs. 11,999 during the Flipkart Big Billion Days sale. The phone has a 6.3-inch waterdrop-notch display, triple camera setup, a 16-megapixel front camera, a Snapdragon 710 SoC, and a 4,050mAh battery.

The Lenovo K10 Plus will go on sale in India for the first time during the Big Billion Days sale. The phone's price in India is set at Rs. 10,999 for the lone 4GB RAM + 64GB storage configuration. It will be offered in Black as well as Sprite colour options. The sale will begin at 12 noon on September 30. Key features include 4,050mAh battery, Snapdragon 632 SoC, 6.22-inch waterdrop-notch display, and a triple rear camera setup.

Oculus Quest to Get Hand Tracking, Other Updates From Oculus Connect 6 Conference