OnePlus 2 Confirmed to Sport Snapdragon 810 v2.1 That's 'Cooler Than Ever' 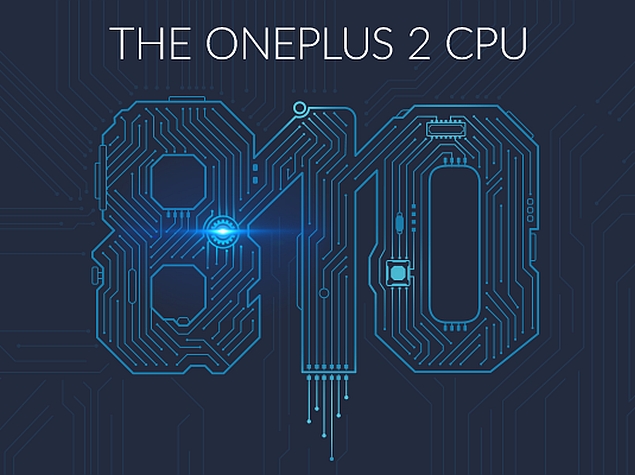 OnePlus has finally announced it would be using the Qualcomm's top-end mobile processor, the Snapdragon 810, in its upcoming OnePlus 2 smartphone. The Chinese startup is however using a newer version of the SoC, to avoid the heating issues involving the first generation Snapdragon 810.

The firm in its blog post addressed the overheating issue of Qualcomm Snapdragon 810 and said it is using a new version of Snapdragon 810, v2.1, which puts an end to any anticipated heating problems in the OnePlus 2.

"Although there have been reports that the 810 runs warmer than its predecessors, we assure you that we have taken all the necessary precautions and beyond to prevent this from occurring in the 2. We worked very closely with Qualcomm's engineers to integrate an improved version of the chipset (v2.1) in the OnePlus 2, and fine-tuned both hardware and software. The 2 will be 'cooler than ever'," said the post.

The Chinese smartphone maker explains that the Snapdragon 810 v2.1 processor is layered with thermal gel and graphite placed at different areas inside the handset. The graphite layer's work here is to dissipate heat evenly. "After rigorous testing, the 2 meets the industry standard for phone temperature, even with hours of use."

Xiaomi, another popular Chinese smartphone maker last month said it had worked with Qualcomm to create a customised v2.1 of the Snapdragon 810 processor, or the third edition of the SoC, to optimise it for the Mi Note Pro.

Qualcomm's Snapdragon 810 processor was announced back in April last year. It has been in the news about overheating and other issues as far back as December, a month before it was launched in its first phone - the LG G Flex2 at CES 2015. Qualcomm since that time has done its best to rubbish reports, but LG itself accepted the issue but said it had tweaked the SoC to resolve the issue before bringing it into the G Flex2.

The problems were evidently enough to keep one of Qualcomm's biggest clients, Samsung, away from the SoC. The South Korean manufacturer instead went on to use its own Exynos 7420 chipset in its flagship Galaxy S6 and Galaxy S6 Edge handsets. Sony too earlier this week confirmed the problem in its recent Xperia Z3+. HTC's One M9 was also reported to be suffering from overheating issues due to the chipset, but the problem was later fixed with a software update.