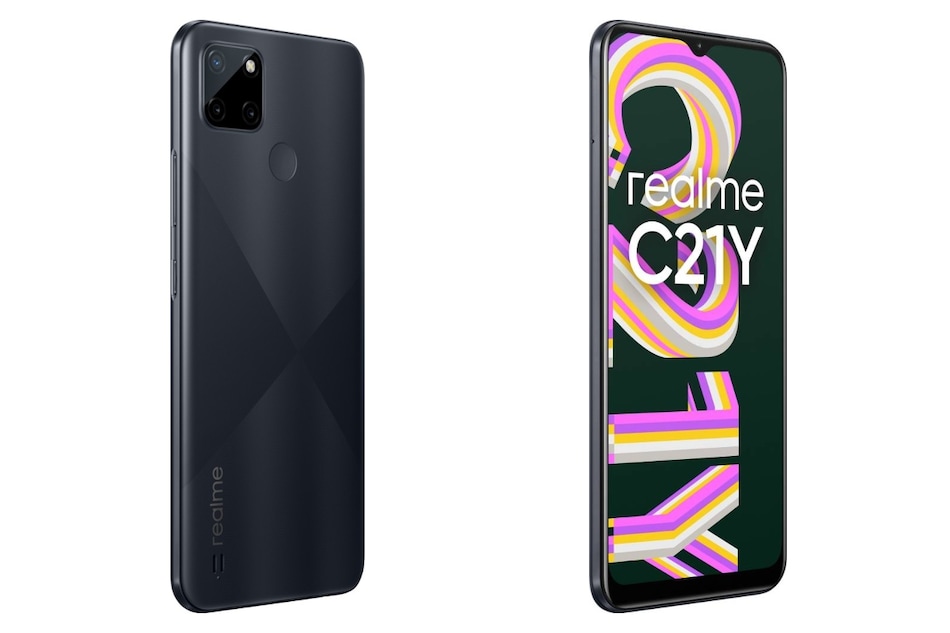 Realme C21Y was launched in India on Monday, August 23. The new Realme phone comes with a 20:9 display and offers a triple rear camera setup. Realme C21Y also carries a 5,000mAh battery that supports reverse charging and is backed by a Super Power Saving Mode that can deliver up to 2.33 days of standby time with just five percent of battery. There are preloaded features including Super NightScape and Chroma Boost to deliver distinct camera results. The phone also includes slo-mo and full-HD (1080p) video recording. Overall, Realme C21Y competes against the likes of Redmi 9, Infinix Hot 10S, and Nokia G20.

Realme C21Y price in India has been set at Rs. 8,999 for the 3GB + 32GB storage variant and Rs. 9,999 for the 4GB + 64GB storage option. The phone comes in Cross Black and Cross Blue colours and will be available for purchase through Flipkart, the Realme.com site, and select offline retailers from August 30.

The dual-SIM (Nano) Realme C21Y runs on Realme UI, based on Android 11. It features a 6.5-inch HD+ (720x1,600 pixels) display with a 20:9 aspect ratio. Under the hood, there is an octa-core Unisoc T610 SoC, along with Mali-G52 GPU and up to 4GB of RAM. The phone comes with a triple rear camera setup that houses a 13-megapixel primary sensor, coupled with a 2-megapixel monochrome sensor and a 2-megapixel macro shooter.

For selfies and video chats, Realme C21Y has a 5-megapixel camera at the front, with an f/2.4 lens.

The new Realme C21Y has up to 64GB of internal storage that supports expansion via microSD card (up to 256GB) through a dedicated slot. Connectivity options include 4G LTE, Wi-Fi 802.11 b/g/n, Bluetooth v5.0, GPS/ A-GPS, Micro-USB, and a 3.5mm headphone jack. Sensors on board include an accelerometer, ambient light sensor, magnetometer, and a proximity sensor. There is also a fingerprint sensor on the back.