Realme C21Y comes with a 5,000mAh battery that supports reverse charging which means you can charge other devices using a cable. 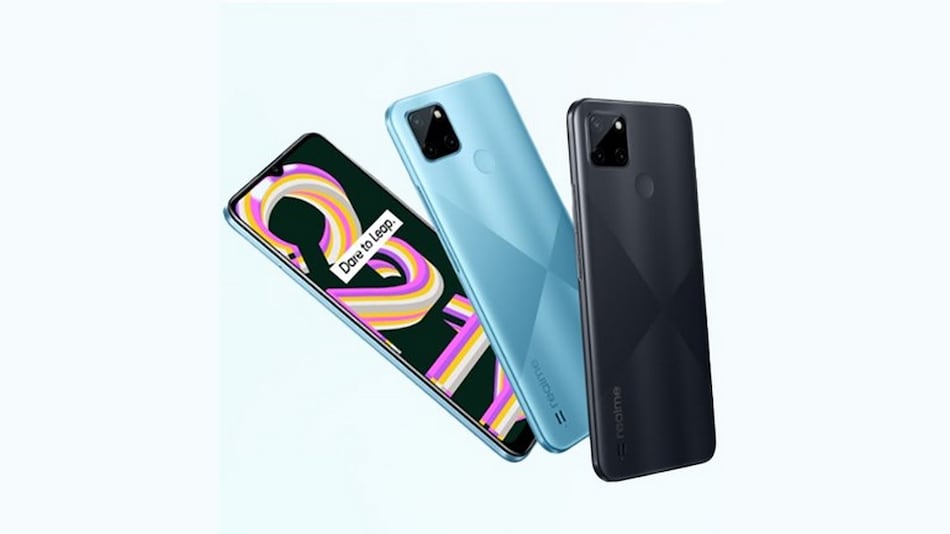 Realme C21Y has launched in Vietnam. Being part of the Realme C series, it is an entry-level offering. The phone comes with a notched display that has slim bezels on the side but a thick chin. It features a triple rear camera setup and a rear-mounted fingerprint scanner. The Realme C21Y is powered by an octa-core SoC and is offered in two RAM and storage configurations. It is backed by a large battery and comes with TUV Rheinland High Reliability Certification.

As of now, Realme has not shared any information on the availability of the Realme C21Y in India and other regions.

The dual-SIM (Nano) Realme C21Y runs Android 10-based Realme UI. It features a 6.5-inch HD+ (720x1,600 pixels) display that has an 88.7 percent screen-to-body ratio and 400 nits of peak brightness. Under the hood, the phone is powered by an octa-core Unisoc T610 SoC paired with a Mali-G52 GPU. Realme C21Y is offered with up to 4GB of LPDDR4x RAM and up to 64GB of internal storage that is expandable via a microSD card through a dedicated slot.

For connectivity, the Realme C21Y comes with LTE, Wi-Fi, Bluetooth v5, GPS, a 3.5mm headphone jack, and a Micro-USB port for charging. Sensors onboard include magnetic inductive sensor, ambient light sensor, proximity sensor, and accelerometer. There is a fingerprint scanner on the back as well. The phone is backed by a 5,000mAh battery that supports reverse wired charging. In terms of dimensions, the Realme C21Y measures 164.5x76x9.1mm and weighs 200 grams.

Microsoft Asks for 20,000 Likes to Bring Clippy Back, Gets Overwhelming Response to Its Tweet
New Dinosaur Identified From Fossil Discovered in Spain Over Two Decades Ago