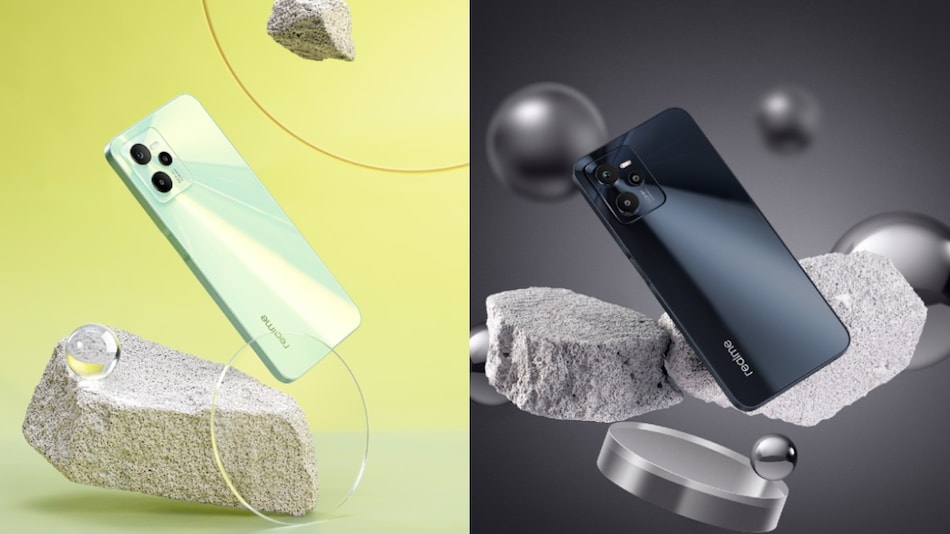 Realme C35 was launched in Thailand on Thursday. It comes with a 50-megapixel AI-powered triple camera setup, a Unisoc SoC, and a 5,000mAh battery. The smartphone is the successor to Realme C25 smartphone that was launched with a 6,000mAh battery, and an octa-core MediaTek Helio G70 SoC. Realme hasn't revealed any information on the phone's launch in India yet, however, it popped up on the Eurasian Economic Commission (EEC) certification site hinting that phone will soon make its debut in other markets.

Realme C35 is offered in two configurations. The price for the base 4GB RAM + 64GB storage model has been set at THB 5,799 (roughly Rs. 13,350), and there is a 4GB + 128GB storage variant that is priced at THB 6,299 (roughly Rs. 14,500). As per the Realme Thailand website, the phone also has a 6GB variant, however, its availability is not known yet. The smartphone will be available in Thailand on e-commerce websites like Shopee, Lazada, and JD Central in Black and Green colourways.

Realme C35 comes with up to 128GB of UFS 2.2 internal storage, which can be expanded up to 1TB via a microSD card. Realme C35 packs a 5,000mAh battery with support for 18W charging. Connectivity options on the phone include dual-band Wi-Fi, Bluetooth v5.0, a 3.5mm headphone jack, and a USB Type-C port. Sensors onboard include GPS/ A-GPS, accelerometer, ambient light sensor, magnetometer, and proximity sensor. It measures 164.4x75.6x8.1mm and weighs 189 grams.