The Realme X3 series launch event will be livestreamed via YouTube, and it will begin at 12.30pm IST today. 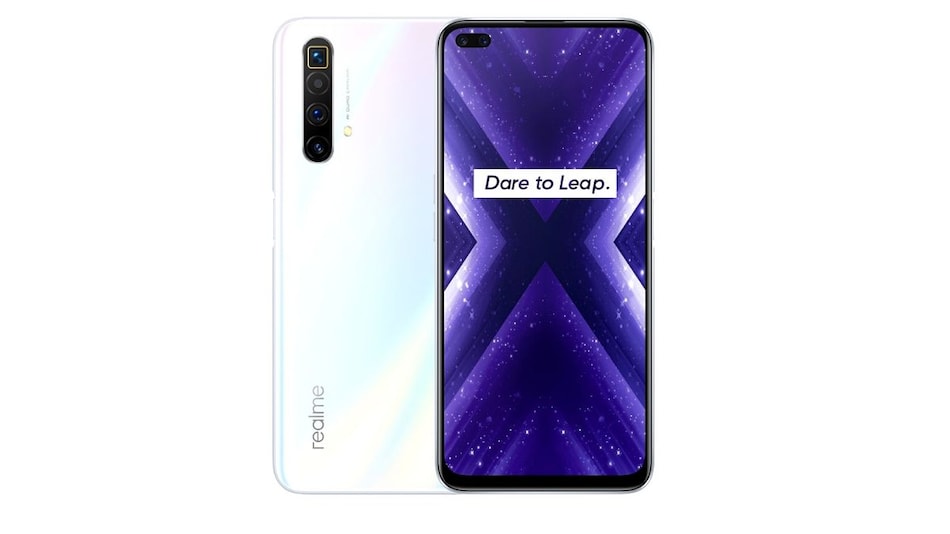 Realme X3 SuperZoom and Realme X3 are all set to launch in India today. The company will also introduce the Realme Buds Q in the country during the launch event that will begin at 12.30pm IST. While the Realme X3 will make its global debut in India today, the Realme X3 SuperZoom was unveiled in Europe last month. The Realme Buds Q were also launched in China earlier. Read on for more details on what is expected at today's Realme launch event and how to watch event live stream.

As the country is still dealing with coronavirus pandemic, Realme is hosting an online event for the launch of the Realme X3 series. The launch event will be livestreamed via YouTube, and it will begin at 12.30pm IST today. The pricing and availability of the Realme X3, Realme X3 SuperZoom and Realme Buds Q will be detailed at the event in a few hours.

To recall, the Realme X3 SuperZoom was launched in Europe with a price tag of EUR 499 (roughly Rs. 42,900) for the 12GB + 256GB model, and it could be priced around the same range in India as well. The company had also announced an 8GB + 128GB model in Europe, although pricing information of this variant was not revealed at the time. This model should be slightly cheaper than the 12GB model. In Europe, the phone was launched in Arctic White and Glacier Blue colour options.

The Realme X3 price in India will be announced at the event. The predecessor Realme X2 was launched with a starting price tag of Rs. 17,999 and the Realme X3 could be priced in the same range. The two phones are teased to be available on Flipkart and Realme.com.

The Realme Buds Q were also unveiled in China last month, for a price of CNY 149 (roughly Rs. 1,600) and these could be priced around the same bracket in India as well. The earbuds have been teased to come in three colour options - Quite Black, Quite Yellow, and Quite White. They will be available on Amazon and Realme.com.

As the Realme X3 SuperZoom has already been unveiled, the specifications are known. It runs on Android 10-based Realme UI and features a 6.6-inch full-HD+ (1,080x2,400 pixels) LCD display with 120Hz refresh rate. It is powered by the octa-core Qualcomm Snapdragon 855+ SoC, coupled up to 12GB of LPDDR4x RAM and up to 256GB of UFS 3.1 storage.

Based on past leaks, the Realme X3 is tipped to run on Android 10-based Realme UI and feature a 6.57-inch full-HD+ (1,080x2,400 pixels) hole-punch display. It could be powered by an octa-core SoC, and pack up to 12GB of RAM and up to 256GB of onboard storage. It is also likely to carry a quad rear camera setup with a 48-megapixel primary shooter and an 8-megapixel secondary shooter. The Realme X3 is said to have a dual selfie camera setup with a 16-megapixel primary camera and a 2-megapixel secondary camera. There could be a 4,100mAh battery packed inside as well.

Realme has published a dedicated page on the company website teasing the key features of the Realme Buds Q. The earbuds are touted to offer 20 hours of total playback (with case) and 4.5 hour of playback on a single charge. The company claims that the Realme Buds Q offer 66 percent more battery life than other top-selling earbuds in the same segment.

The Realme Buds Q have a 10mm large boost bass driver. The Realme Buds Q are also teased to be IPX4 water and dust resistant. Connectivity options include Bluetooth v5. It is equipped with a new Gaming Mode that offers 119 milliseconds of Super Low Latency for better audio and video sync.

The earbuds are placed inside a pill-shaped charging case that supports 30W wired charging. The buds are teased to be very light at just 3.6 grams.