Realme C3i appears to be a rebranded version of Realme C3. 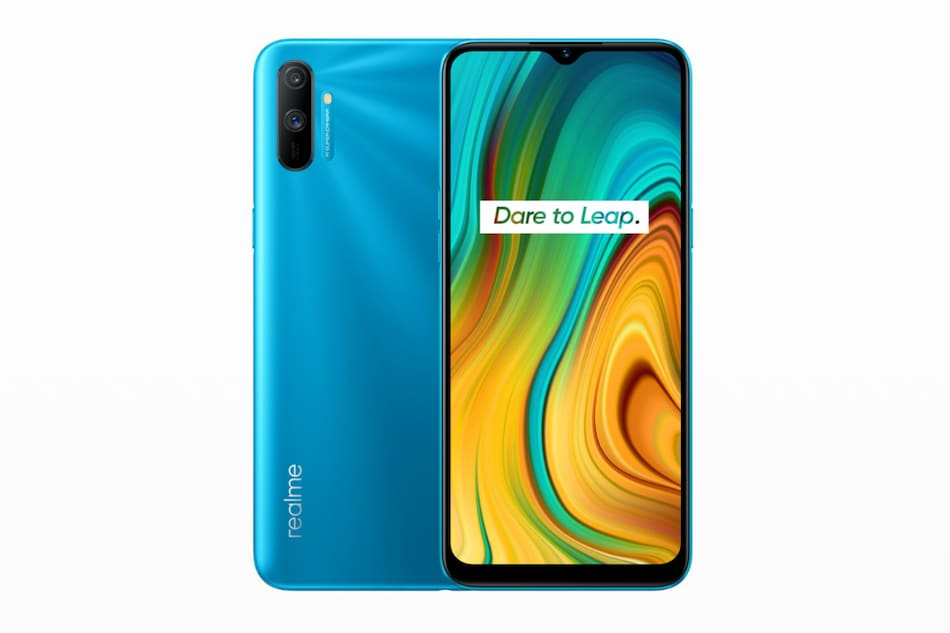 Realme C3i has made its debut in Vietnam, and the phone by the looks and specifications appears to be a rebranded version of Realme C3, which was launched in India in February this year. The Realme C3i sports a waterdrop-style notch display and is powered by MediaTek Helio G70 SoC. The budget Realme phone also comes with dual rear cameras and a single front camera. It packs a 5,000mAh battery that is touted to offer up to 43.9 hours of talk time.

The Realme C3i comes with a price tag of VND 25,90,000 (roughly Rs. 8,500) for the 2GB + 32GB storage variant. The pricing for the 4GB + 64GB model is unclear. The phone is available to purchase in Vietnam via Vietnamese e-retailers such as FPT Shop and Vettel Store in Red Ribbon and Green Ice colour options.

Similar to the Realme C3, the newly launched dual-SIM (Nano) Realme C3i runs Android 10-based Realme UI. The phone sports a 6.5-inch HD+ (720x1,600 pixels) waterdrop notch display with 89.8 percent screen-to-body ratio and Corning Gorilla Glass 3 protection. It is powered by octa-core MediaTek Helio G70 SoC, coupled with up to 4GB RAM. It comes with up to 64GB onboard storage that is expandable via a microSD card (up to 256GB).

Its dual camera setup at the back houses a 12-megapixel main camera with f/1.8 aperture and a 2-megapixel secondary camera with f/2.4 aperture. For selfies and video calling, there's a 5-megapixel AI front camera with features like HDR, AI Beautification, panoramic view, and time-lapse. The Realme C3i further packs a 5,000mAh battery that is said to offer up to 43.9 hours of talk time and 727.7 hours of standby time.

Olympus Is Selling Its Camera Business to Japan Industrial Partners
The Twilight Zone Season 2 Review: Jordan Peele Needs to ‘Get Out’