Samsung Galaxy A53 is tipped to launch with a 6.5-inch Super AMOLED display. 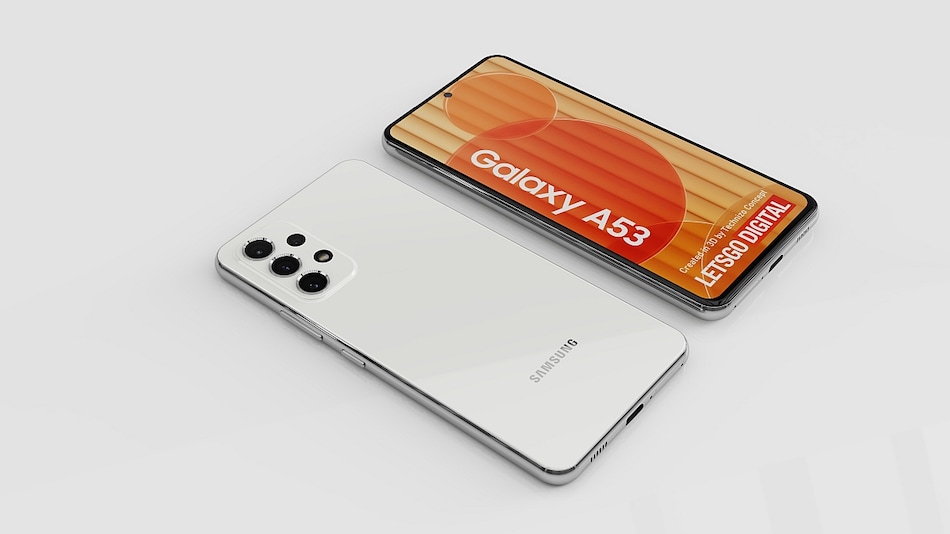 Samsung Galaxy A53 5G is thought to have been spotted on benchmarking website Geekbench, suggesting the smartphone's processor and memory specifications ahead of the launch. The listing for the smartphone SM-A536U shows it could sport an in-house Exynos processor under the hood instead of a Snapdragon SoC. Previous leaks of the smartphone have revealed the successor to the Samsung Galaxy A52 could feature a 6.5-inch Super AMOLED display with a 120Hz refresh rate and in-display fingerprint sensor, a 64-megapixel quad-camera setup, and a 5,000mAh battery.

The upcoming Samsung A-Series smartphone is listed on Geekbench under the model name SM-A536U, and appears to be the US variant of the handset, according to a report by SamMobile. The Geekbench entry lists the smartphone's motherboard as "S5E8825", which suggests that Samsung Galaxy A53 could be powered by the octa-core Exynos 1200 SoC, which features two high-performance cores at 2.40GHz and six cores capped at 2.0GHz. According to the Geekbench listing, the smartphone is equipped with 6GB of RAM.

Samsung Galaxy A53 5G is tipped to launch as the successor of the Samsung Galaxy A52 smartphone that was launched with the Snapdragon 720G SoC paired with up to 8GB of RAM and 128GB of storage. The phone is equipped with a 64-megapixel quad-camera setup and a 6.5-inch Super AMOLED Infinity-O display with a 90Hz refresh rate. The smartphone is equipped with a 4,500mAh battery with 25W fast charging support.