Samsung Galaxy A9 (2018) India Launch Set for Today, How to Watch Live Stream 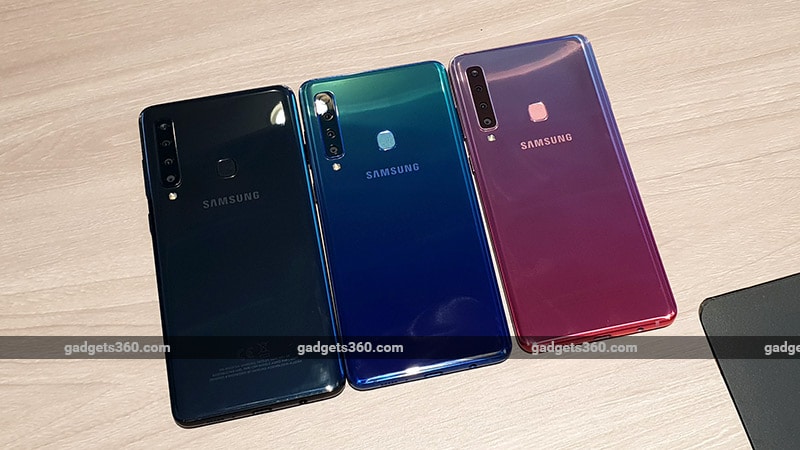 Samsung Galaxy A9 (2018), a phone with a quad rear camera setup, will be launched in India today. To recall, Samsung last week sent invites with the tagline 4X Fun - notably, this was the same tagline it had used for the global launch of the Samsung Galaxy A9 (2018) back in October - leaving no doubt as to which phone would be arriving in India. Flipkart had also chimed in, confirming that it would the Galaxy A9 that would be launched in India. A price estimate was also reported by IANS citing industry sources.

How to watch Samsung Galaxy A9 (2018) launch live stream

The India launch of the Samsung Galaxy A9 (2018) will be live streamed, and you can catch it on the company site, or right here. Do also stay tuned to Gadgets 360 for all the details from the event, as they happen.

IANS cites industry sources to claim the Galaxy A9 (2018) price in India will be around Rs. 35,000. Interestingly, a previous report had claimed — using Samsung website code as the source — that the smartphone will be launched in India carrying a Rs. 39,000 price tag. As we mentioned, Flipkart has also created a landing page for the Samsung Galaxy A9 (2018), tipping that the smartphone will be exclusive to the e-commerce platform in India.

The dual-SIM (Nano) Samsung Galaxy A9 (2018) runs Android 8.0 Oreo on top of Samsung Experience UX and features a 6.3-inch full-HD+ (1080x2220 pixels) Infinity Display Super AMOLED panel with an 18.5:9 aspect ratio. Under the hood, there is a Qualcomm Snapdragon 660 SoC, with four cores clocked at 2.2GHz and four cores clocked at 1.8GHz. This is paired with either 6GB or 8GB RAM options. On the back, the quadruple rear camera setup of the Galaxy A9 (2018) includes a 24-megapixel primary camera featuring an f/1.7 aperture, a 10-megapixel telephoto camera featuring 2x optical zoom and an f/2.4 aperture, an 8-megapixel ultra-wide camera with a 120-degree lens and f/2.4 aperture, and a 5-megapixel depth camera with an f/2.2 aperture. There is also a 24-megapixel front camera with an f/2.0 aperture. The phone also has a Face Unlock feature as well as Bixby assistant and Samsung Pay integration.

Samsung has provided 128GB of onboard storage on the Galaxy A9 (2018) that is expandable via microSD card (up to 512GB). On the connectivity front, the handset has 4G VoLTE, Wi-Fi 802.11ac (dual band, 2.4GHz and 5GHz), Bluetooth v5.0, USB Type-C, NFC, and a 3.5mm headphone jack. Sensors on board include accelerometer, ambient light sensor, gyroscope, magnetometer, proximity sensor, and an RGB light sensor. The smartphone also has a rear-facing fingerprint sensor. Besides, it packs a 3,800mAh battery that supports fast charging.

Budget Galaxy Phones to Use Selfies to Adjust Display Brightness, Galaxy J8 Update Reveals
Black Friday Sales 2018: How to Shop From India and Everything You Need to Know