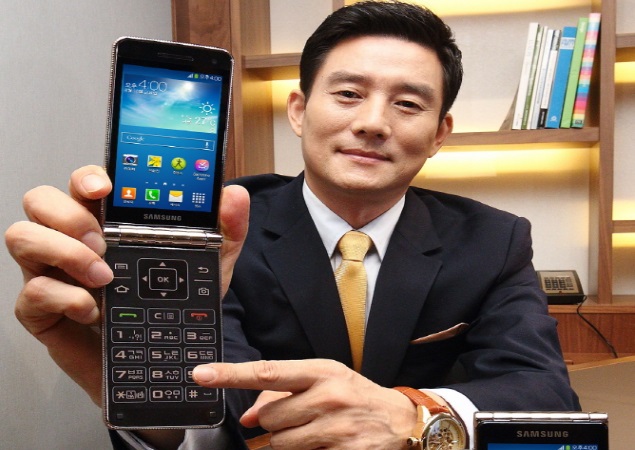 The Samsung Galaxy Golden sports two 3.7-inch Super AMOLED displays, on the inside and the outside. The phone is powered by a 1.7GHz dual-core processor with 2GB of RAM and runs on Android 4.2 Jelly Bean. The phone also includes FM Radio and will come in Champagne Gold colour. Connectivity options include Wi-Fi, GPS and Bluetooth. It comes with a 8-megapixel camera. The onboard storage and other specifications of the phone are not clear at this stage.

The Galaxy Golden comes with plethora of apps like S Health, Business card app which recognises contact details when clicking a photo of a business card, WatchOn app which offers TV program guide, and S Translator App that can translate 12 languages, either spoken or in text, including emails or sign boards as well.

The Samsung Galaxy Golden has been launched through Korean telecoms SKT and KT. For now it seems the handset will be available only in Korea and there is no word about it being launched in other markets.