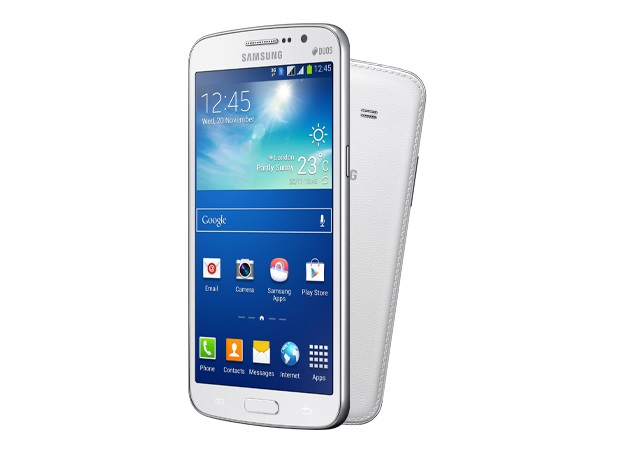 Samsung has finally revealed the price of its latest Galaxy Grand 2 phablet for the Indian market, which was earlier announced in December with a price range. The Galaxy Grand 2 has now been priced at Rs. 22,999.

The smartphone is now available via Samsung's online store. The South Korean manufacturer started taking pre-orders for the Galaxy Grand 2 within hours of unveiling the device in India. 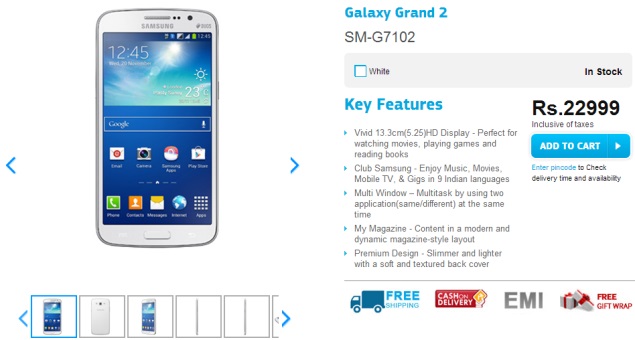 The Samsung Galaxy Grand 2 runs Android 4.3 Jelly Bean out-of-the-box. The Galaxy Grand 2 is a dual-SIM device with support for GSM+GSM. It features a 5.2-inch HD TFT display with a resolution of 720x1280 pixels.

The Galaxy Grand 2 is powered by a 1.2GHz quad-core Qualcomm processor alongside 1.5GB of RAM. It sports an 8-megapixel autofocus rear camera accompanied by an LED flash. It also houses a 1.9-megapixel front-facing camera. It comes with 8GB inbuilt storage, which is further expandable up to 64GB via microSD card.

Connectivity options on the Galaxy Grand 2 include Wi-Fi, Bluetooth, GPS/ A-GPS, Micro-USB and 3G (HSPA+). The smartphone measures 146.8x75.3x8.9mm and weighs about 163 grams. The Galaxy Grand 2 packs a 2600mAh battery that can deliver up to 17 hours of talktime, although no standby time detailed. The Samsung Galaxy Grand 2 will be available in Black, Pink and White colour variants in select regions.