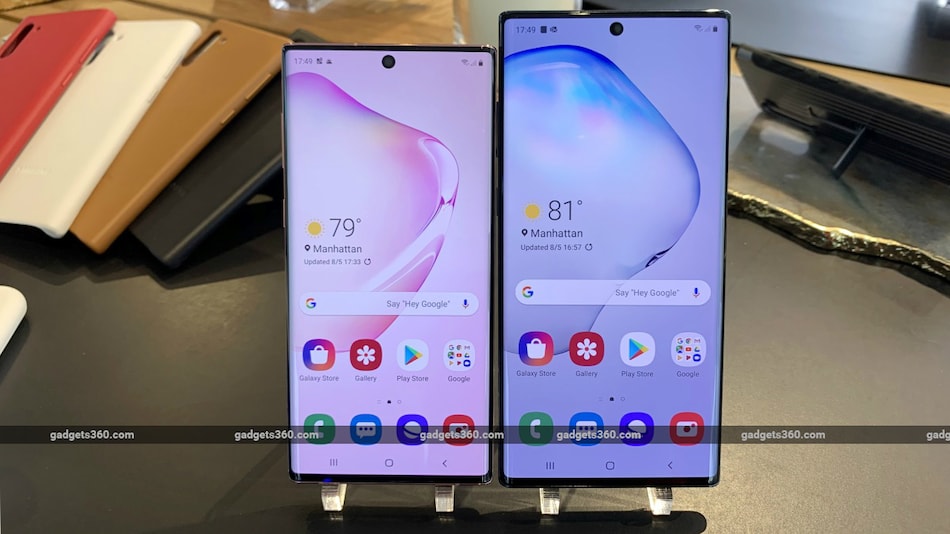 Samsung Galaxy Note 10 and Galaxy Note 10+ phones are now reportedly receiving a new update. The update rollout has begun in Germany, and it brings improvements in facial recognition and full screen navigation gestures. While only users in Germany are receiving the update currently, other regions should start getting it soon. The screenshot shared of the update suggests that it is 260MB in size, and the firmware version for the latest Galaxy Note 10 series update is noted to be N975FXXU2BTB5, N975FOXM2BTB3, and N975FXXU2BTB3.

A Reddit user has shared a screenshot of the Samsung Galaxy Note 10 receiving a new update. The update size is at 260MB, and the security patch is still at February 2020. The translated changelog suggests optimisations in facial recognition and full screen and navigation gestures. As mentioned, the update is rolling out via OTA for users in German. If eligible users haven't received a notification, then they should check manually in Settings to see if the update has arrived or not. Even though the update size is rather small, it is recommended to install it under a strong Wi-Fi connection and while the phone is on charge to ensure a smooth installation process.

To recall, the Samsung Galaxy Note 10 and Samsung Galaxy Note 10+ received the stable Android 10-based One UI 2.0 updates last year in December, and the first country to begin the roll out was then reported to be Germany as well. The update brought along improvements in UI, system-wide dark mode and the enhanced Digital Wellbeing app as well.