The update is scheduled to proceed sequentially until the end of May. 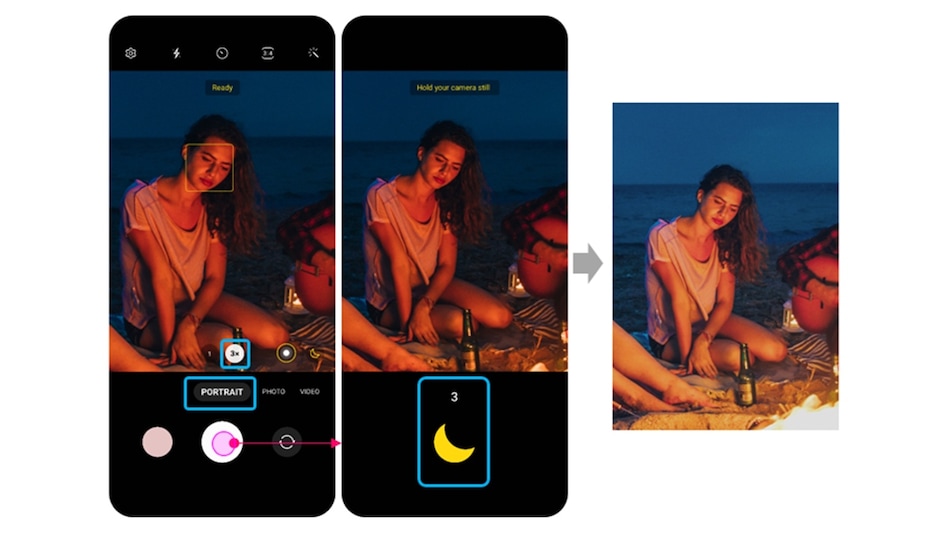 Samsung Galaxy S21 has started to get the camera update

Samsung is releasing the main camera features of its latest flagship smartphones, the Galaxy S22 series, for a few older Galaxy S series, Galaxy Note series and Galaxy Z series models. These features include improved night portraits, improved/ supported auto framing function, an improved video call effect, among others. The South Korean company says that the camera features will be rolled out in a phased manner with each model having a different schedule. The update is scheduled to proceed sequentially until the end of May.

As per Samsung, the performance of the auto framing function in movie mode in the Galaxy Z Fold and the Galaxy Z Flip series has been improved. The feature will now automatically zoom in/out and track by recognising the positions of up to 10 people at a distance of up to 5 metres.

The Pro mode on the Samsung Galaxy Z Fold 3 model can now be used on the telephoto camera. Furthemore, the phone will also support the Expert RAW app, which can be downloaded from the Galaxy Store later this month.

It seems that all these features are being rolled out to smartphones in South Korea only. As per a report by GSMArena, these updates should be available globally.