Samsung Galaxy S20+ BTS Edition is powered by the octa-core Exynos 990 SoC and comes with 8GB of RAM with 128GB of storage. 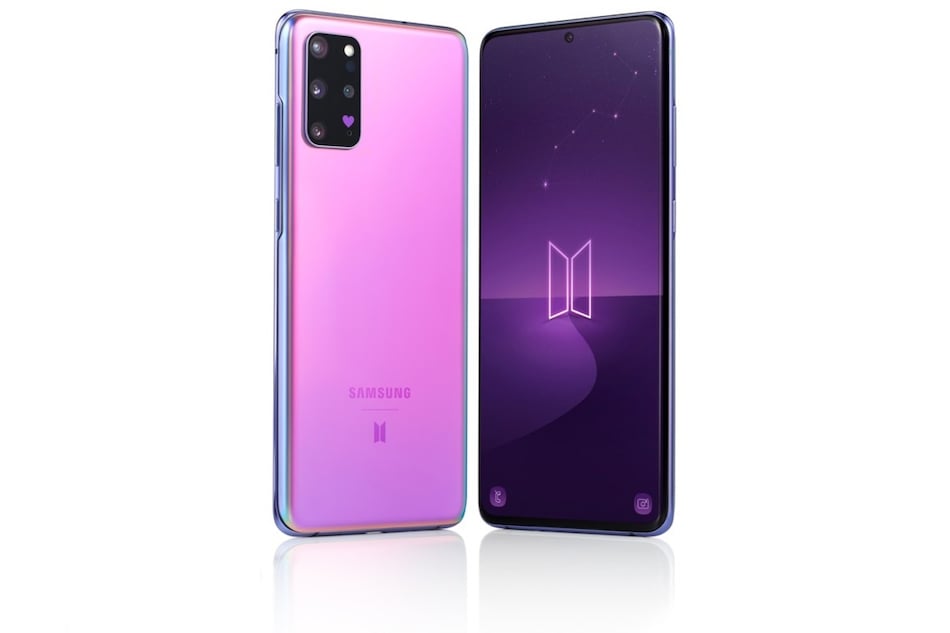 Samsung Galaxy S20+ BTS Edition has a purple back panel

Samsung Galaxy S20+ BTS Edition has received a price cut in India and now costs Rs. 77,999. The new price is live on the official Samsung India website. The BTS Edition of the Galaxy S20+ was launched in June alongside the Samsung Galaxy Buds+ BTS Edition. This variant has been inspired by the South Korean pop sensation and comes with a purple-coloured back panel. Specifications of this variant remain the same as the regular Galaxy S20+ with the only difference being a logo of the boy band on the rear panel and some preloaded BTS-inspired themes.

Samsung Galaxy S20+ BTS Edition was launched at MRP Rs. 87,999 for the lone 128GB storage model in India and is now listed for MRP Rs. 77,999 on the Samsung India website. The price has been cut by Rs. 10,000 and we have reached out to Samsung to confirm if this is permanent.