Samsung Galaxy M04 is expected to be an entry-level smartphone offering in India by the South Korean smartphone maker. 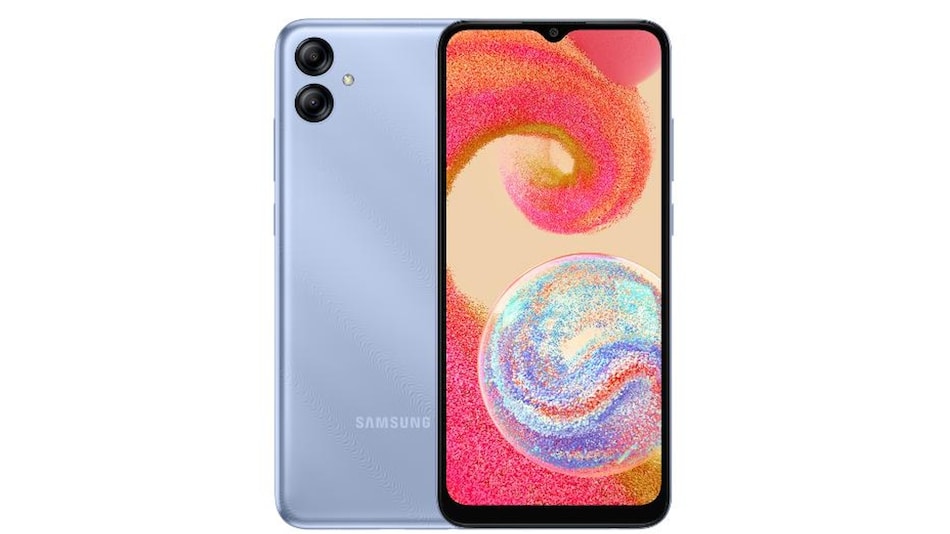 Samsung Galaxy M04 India launch may be around the corner as the smartphone has been spotted on the company's support website in India. The upcoming Galaxy smartphone is tipped to be an India specific rebranded version of the Samsung Galaxy A04e which is currently available in select global markets. It is also said to feature the same design and configuration as the Galaxy A04e. The two smartphones were reportedly spotted alongside each other on Geekbench and Bluetooth certification websites, prior to the debut of the Galaxy A04e in select countries. The South Korean conglomerate, however, had not listed India in its list of selected countries for the launch of the Samsung Galaxy A04e.

A Samsung handset with the model number, SM-M045F/DS believed to be Galaxy M04, has surfaced on the company's India website's support page. The model number indicates that the handset will feature dual SIM support. However, apart from the dual SIM support, the listing doesn't reveal much information in regard to specifications, design, hardware, software, or pricing.

The support page for the rebranded Galaxy A04e appearing as the Galaxy M04, was first spotted by MySmartPrice and independently verified by Gadgets 360. The smartphone appears to be making its way to India, as a rebranded version of the Samsung Galaxy A04e.

It is worth noting that Samsung is yet to make any official announcements regarding the availability and pricing for the Galaxy A04e and Galaxy M04 smartphones.

The Samsung Galaxy A04e, running on Android 12 with One UI Core 4.1 on top was earlier listed on the South Korean company's official website. The handset features a 6.5-inch HD+ PLS LCD display with a waterdrop-style notch at the centre to house the front camera. The handset measures 164.2 x 75.9 x 9.1mm and weighs 188 grams while being powered by an unnamed octa-core SoC, along with 4GB of RAM. For optics, the smartphone houses a dual rear camera setup led by a 13-megapixel primary sensor with an f/2.2 lens and a 2-megapixel depth sensor paired with an f/2.4 lens. For selfies and video chats, the smartphone has a 5-megapixel selfie camera sensor at the front with an f/2.2 lens.

The device was listed to offer up to 128GB in-built storage options with expandable capacity via a microSD card (up to 1TB), and a 5,000mAh battery. Connectivity options on the new Galaxy A-series phone include 4G LTE, Wi-Fi 802.11 b/g/n, and Bluetooth v5. The phone also includes the Samsung Knox security feature. Sensors onboard include an accelerometer, light sensor, and proximity sensor. The company listing showed the Galaxy A04e in black, blue, and copper colour options.