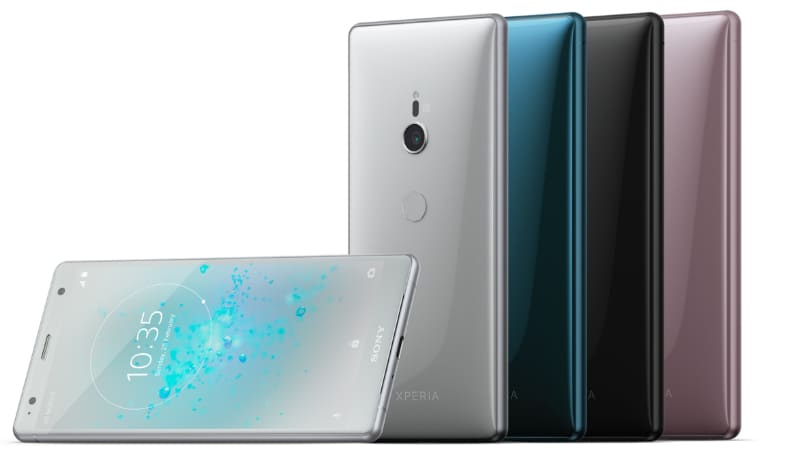 The Sony Xperia XZ2 sports a 5.7-inch full-HD+ (1080x2160 pixels) TRILUMINOS HDR display with an X-Reality display engine. The phone runs Android 8.0 Oreo out-of-the-box and will be available in single and dual SIM (Nano) variants . It is powered by a Qualcomm Snapdragon 845 SoC, paired with 4GB of RAM. The phone will be made available in Liquid Black, Liquid Silver, Deep Green, and Ash Pink colour variants.

In the optics department, the Xperia XZ2 bears a 19-megapixel Motion Eye rear camera with autofocus burst, 4k HDR recording, 8x digital zoom, and SteadyShot technology. On the front is a 5-megapixel sensor with a 23mm wide angle lens and SteadyShot. The phone has 64GB UFS inbuilt storage expandable via microSD card (up to 400GB). There is a 3180mAh battery with Qualcomm Quick Charge 3.0.

Talking about the camera, the handset has the same 19-megapixel Motion Eye rear sensor that comes with 4k HDR video recording capabilities. The front camera has a 5-megapixel sensor for selfies and video calling. The phone has 64GB of UFS inbuilt storage expandable via microSD card (up to 400GB). Backing the phone is a 2870mAh battery with Qualcomm's Quick Charge 3.0.

The Xperia XZ2 Compact has connectivity options including Bluetooth 5.0, NFC, GPS, GLONASS, Wi-Fi, and USB Type-C (3.1). The fingerprint sensor is placed on the rear panel. Dimensions are 135x65x12.1mm and weight is 168 grams.

We spoke about all the big launches of MWC 2018 on Orbital, our weekly technology podcast, which you can subscribe to via Apple Podcasts or RSS, download the episode, or just hit the play button below.