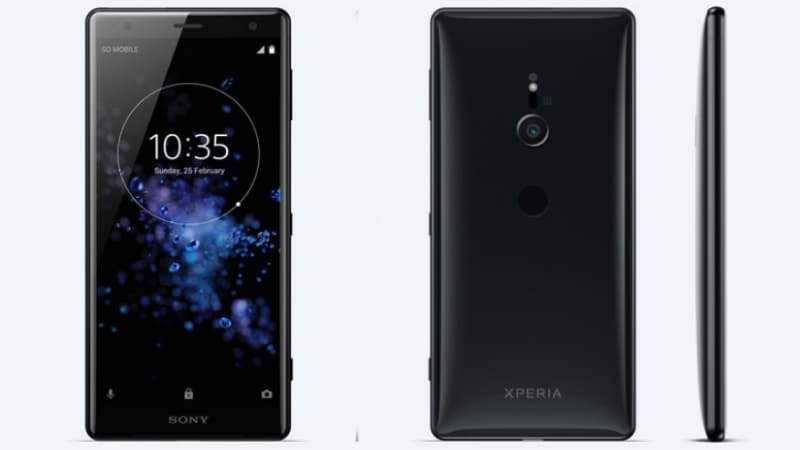 Sony took the wraps off the Xperia XZ2 at MWC earlier this year, and it has finally launched the smartphone in India. The Sony Xperia XZ2 comes with Sony's proprietary advanced Motion Eye camera technology, high-resolution audio with front-facing stereo speakers, water resistance IP65/ 68, HDR displays and the latest Qualcomm Snapdragon 845 SoC. It also integrates Google's ARCore and Google Lens image searching feature, and will be made available in the country next week. Sony has launched only the Liquid Black colour variant in India.

The Sony Xperia XZ2 has been priced in India at Rs. 72,990, and will be available in select Sony Center and select mobile stores across India. The smartphone will be made available from August 1, and as mentioned, only the Liquid Black colour option will be available to buy.

The Sony Xperia XZ2 sports a fluid 3D glass surface, and the display has bezels on top and bottom edges for sensors and the logo respectively. It sports an arched back for better grip and it houses a single rear camera setup with a fingerprint scanner sitting underneath it. The Xperia XZ2 has no visible antenna lines, and houses the volume rocker and power button on the right edge of the smartphone. There's also a dedicated shutter button at the bottom right edge, and front facing stereo speakers come with DSEE HX technology for up scaling and LDAC technology that brings near high-resolution audio. The 3.5mm audio jack and the SIM tray sits on the top edge of the device, while the USB-C port sits on the bottom edge.

It is touted to be the world's first phone to support 4K HDR movie recording. The Xperia XZ2 comes with 3D Creator on the front and main cameras to scan yourself or the surroundings and print it or share it in 3D. It also incorporates the new Dynamic Vibration System which analyses audio data and lets you feel the action in your hands, bringing movies, games and videos to life.

In the optics department, the Xperia XZ2 bears a 19-megapixel Motion Eye rear camera with autofocus burst, predictive hybrid autofocus, 4K HDR recording, 960fps super slow motion, 8x digital zoom, and SteadyShot technology. On the front is a 5-megapixel sensor with a 23mm wide angle lens and SteadyShot. The phone has 64GB UFS inbuilt storage expandable via microSD card (up to 400GB). There is a 3180mAh battery with Qualcomm Quick Charge 3.0 and smart stamina mode for when you're stuck with very low battery and no opportunities to charge it.